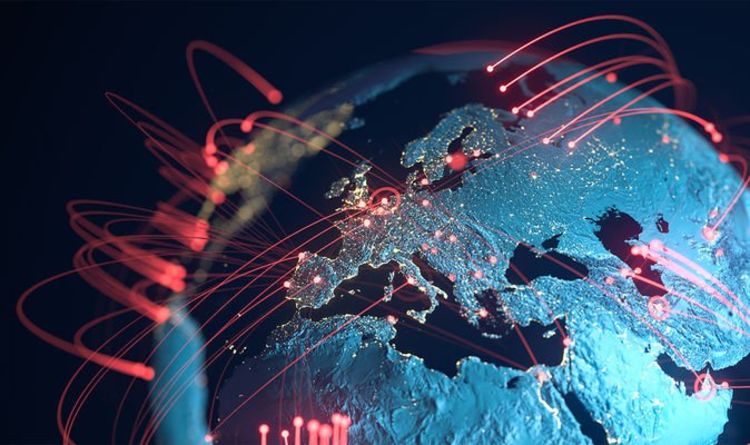 Professor Rick Douglass is a hantavirus expert, based at Montana State University and Montana Tech. Hantaviruses are a group of diseases that come from rodents and can affect humans, in the Americas they attack the lungs, whilst in Eurasia, they attack the kidneys. In North America, studies have shown the mortality rate is as high as 40 percent, but this figure is much lower elsewhere, speaking to express.co.uk, Professor Douglass explains: “Fortunately it is not very communicable [contagious].

“Our rodent reservoir is the deer mouse.

“There are other reservoirs in Europe.”

The World Health Organisation (WHO) report there are 100 deaths per year from hantavirus out of 10,000 cases.

The illness hit the headlines after a man in China was reported to have died from hantavirus by state media, he is understood to have been on a bus travelling for work.

Most human cases are contracted within human habitations, with Professor Douglass explaining: “Again, changes in the environment can probably affect how rodent reservoirs interact with humans.”

He adds that deer mice tend to thrive in modified habitats.

Professor Douglass cited the book ‘Spill Over’ by David Quammen.

Speaking to ‘Science Talk’, the podcast of Scientific American in 2012 after the release of his book, Mr Quammen said zoonotic diseases which spread from other animals to humans have to be dealt with as they are unlikely to ever be completely beaten.

The only way to eradicate them is to cure all of the hosts or cull them, the latter being impractical due to the impact it would have on the ecosystem.

In the interview, Mr Quammen cited work from the University of Alabama’s Beatrice B Hahn and the University of Arizona’s Michael Worobey, who determined the HIV pandemic began with spillover from one primate to a human in southeastern Cameroon in around 1908.

The hantavirus death came as the world was affected with the coronavirus pandemic.

Mr Quammen said of zoonotic illnesses: “A lot of them live in bats; bats already have a big PR problem with humans, but bats are very essential to our ecosystems.

“So, people hear about this or that disease that comes out of bats; the solution, ladies and gentlemen, please, it is not to demonize bats and eradicate bats, the solution is to deal with the ongoing reality of these diseases.”

Facebook
Twitter
Pinterest
WhatsApp
Linkedin
ReddIt
Email
Tumblr
VK
Previous articleM&S food box: What is in Marks and Spencer food boxes? How much is it?
Next articleBoll & Branch promo gives back to hospitals, offers discounts for you