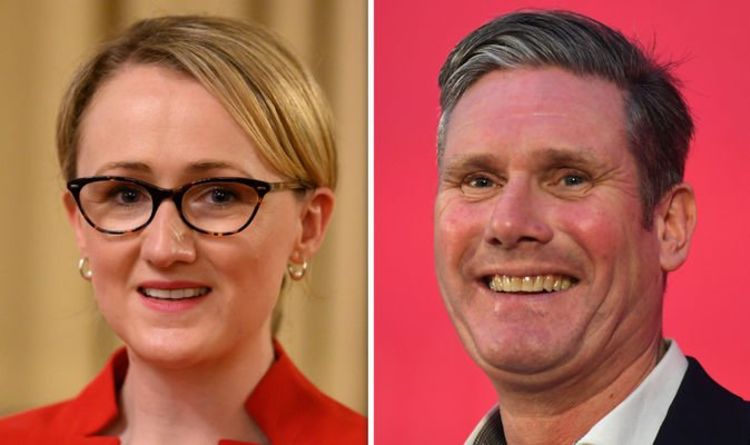 Ahead of the 2019 general election Sir Keir was a fervent advocate of a second referendum on Britain’s EU membership and endorsed a ‘Remain’ vote.

Sir Keir now has the backing of more than twice as many constituency Labour parties as his closest rival, Ms Long-Bailey.

After members have voted the next Labour leader will be announced on April 4.

On December 12 Labour suffered its worst election defeat since 1935.

The party lost 60 MPs whilst Boris Johnson’s conservatives picked up 48, giving them an absolute majority.

Sir Keir pulled out of Labour Party hustings this weekend as a close relative is critically ill in hospital.

On Saturday he tweeted: “For personal reasons, I am cancelling campaign events this weekend.

She added: “We have a role as a party to develop the image of our leader and to put them forward in the most positive way.

“As a party we needed to have a rebuttal unit, a clear structure in place to rebut the attacks against him.”

Under Mr Corbyn’s leadership Labour became only the second political party, after the far-right BNP, to be officially investigated by the Equalities and Human Rights Commission over allegations of institutionalised anti-Semitism.

Labour has always strongly denied it is institutionally racist.

During the election campaign Mr Corbyn was criticised over past comments, such as when he referred to members of terrorist groups Hamas and Hezbollah as his “friends” in 2009.

John McDonnell, Labour’s shadow chancellor, also came under fire for comments he made in 2003 about the IRA.

He said: “The peace we have now is due to the action of the IRA. Because of the bravery of the IRA.”

Mr McDonnell has since apologised for the remarks.

If Ms Long-Bailey wins it will be the first time Labour has had an elected female leader.