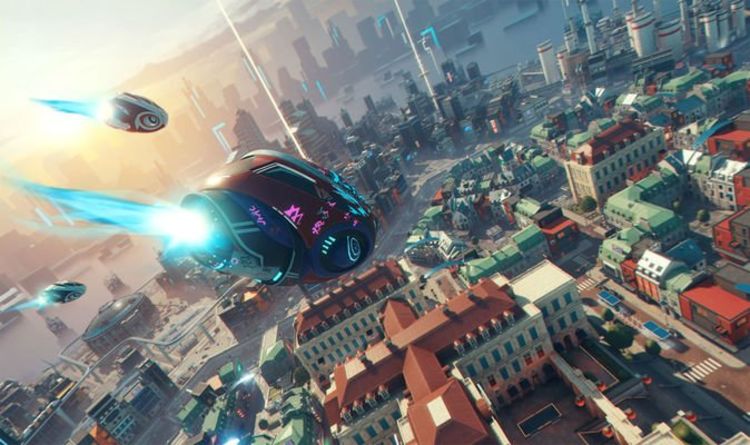 UPDATE TWO: As confirmed earlier by Ubisoft, Hyper Scape is set to support cross-play for PS4, Xbox One and PC players, although it’s not ready to use during Season 1.

It’s been confirmed that while cross-progression can be used now, gamers will have to wait until a future seasonal update for Hyper Scape cross-play functionality.

A new statement on the subject from Ubisoft reads: “No matter which platform you choose, CROSS PROGRESSION allows you to carry your progress with you. This means that if you progressed through your Open Beta Battle Pass by watching Crowncast-enabled Twitch Streams, any content unlocked this way will be available on your account when you first sign in. Not only this, but Prisma Dimensions plans to introduce CROSS-PLAY to Hyper Scape at a later date. Please note that when Cross-Play is released, it will be an optional feature.”

UPDATE: Ubisoft has provided more news regarding today’s Hyper Scape release time, which has been set for 2pm BST in the UK. According to the development team behind the new Battle Royale shooter, the game download will weigh in at between 8GB and 12GB, depending on if you’re playing on PS4, Xbox One or PC.

And these are the Hyper Scape Season 1 release times broken down into different regions: 6 AM PT/ 9 AM ET/ 3 PM CEST/ 11 PM AEST.

ORIGINAL: Ubisoft is launching its latest team shooter this week, and it looks like there’s plenty of interest surrounding the Hyper Scape release date on PS4, Xbox One and PC. While still a new product, the development team have already run an open beta for the Battle Royale game on PC, offering an early look at gameplay. Since then, the beta has been shut down and now gamers who enjoyed the initial experience just have a few hours to wait until the full experience arrives.

The Hyper Scape release date has been set for Tuesday, August 11, across PS4, Xbox One and PC.

So while only PC players could enjoy the open beta, the full Hyper Scape launch will be available on a number of leading platforms.

The only downside to today’s release is that Ubisoft hasn’t provided much in the way of when the game will be available to play.

From what has been shared so far, the Hyper Scape release time has been set for around 9am EST in the United States, or 2pm BST, if you live in the UK.

There doesn’t appear to be a way to pre-load the yet on consoles, meaning that will be an extra step to complete on launch day.

It’s unclear if Ubisoft will be launching Hyper Scape after the usual PlayStation Store update or not, so gamers will want to keep an eye out for the latest news shared on the game’s official social media pages.

August 11 will see the launch of Hyper Scape Season 1, which will contain new content and a fresh Battle Pass to unlock.

It will also feature cross-progression, meaning gamers will be able to use one account to play the game across PS4, Xbox One and PC.

All your items will stay locked to that one account, but it doesn’t look like Hyper Scape Cross-Play will be available in August.

According to Ubisoft Cross-play will be available in a later season of Hyper Scape, so there’s no release window for the feature yet.

A further guide on this week’s Hyper Scape release day launch can be found below, courtesy of Ubisoft: