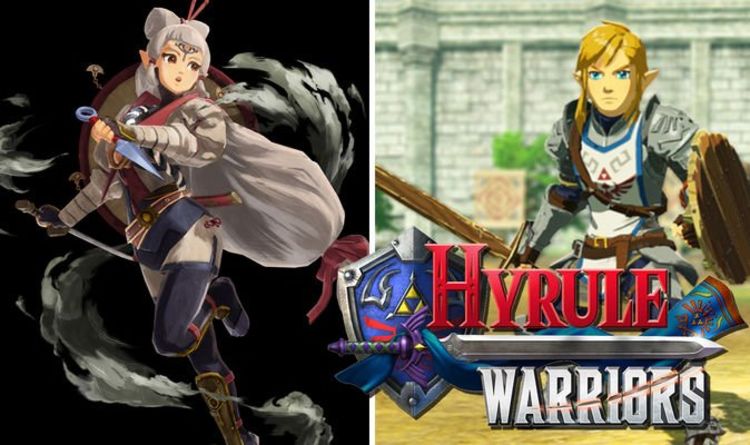 Hyrule Warriors: Age of Calamity is shaping up to be a must-have release for the Nintendo Switch.

Age of Calamity is a Legend of Zelda Breath of the Wild prequel, taking place 100 years before the events of Switch launch title.

Judging by footage shown during the Tokyo Game Show, the game should keep fans suitably entertained until Breath of the Wild 2 hits the Nintendo Switch in 2021.

In footage available to watch further down the page, the development team further showcased the game’s large scale battles, as well as Link’s different abilities.

Most of the abilities are taken directly from Breath of the Wild, although some have been tweaked to better suit the new combat system.

Link can use Stasis to freeze enemies in place, unleash a flurry of bombs and arrows, and even use the Cryonis rune to avoid taking damage.

Elsewhere, it looks like Link be will be joined by a Guardian companion, whose appearance is not too disimilar to BB-8 from Star Wars.

Nintendo also used to opportunity to confirm that a younger, more spritely Impa would join the game as a playable character.

“Meet Impa, 100 years before the events of The Legend of Zelda: Breath of the Wild!” reads a Nintendo tweet.

“As a Royal Advisor and member of the Sheikah, Impa brings her unique abilities to the fight against the forces of Calamity Ganon.”

There’s even more good news if you have a Breath of the Wild save file on your Switch, because Age of Calamity comes with a special bonus item for BotW players.

“If you have save data for The Legend of Zelda: Breath of the Wild on your Nintendo Switch, you’ll receive the bonus Training Sword weapon for Link in Hyrule Warriors: Age of Calamity!” Nintendo announced.

That’s on top of the Lucky Ladle item set for pre-order customers, which contains a Ladle weapon and Pot Lid shield.

Launching on November 20, Age of Calamity features the same 1-vs-1,000 gameplay of the previous Hyrule Warriors game, which was developed by the team behind Dynasty Warriors.

“Travel into Hyrule’s past and fight to prevent the kingdom’s destruction in Hyrule Warriors: Age of Calamity for Nintendo Switch!” reads the official description.

“Unfolding a century before the events of The Legend of Zelda: Breath of the Wild, the fate of Hyrule hangs in the balance.

“Lead your forces onto the battlefield, then battle against the might of Calamity Ganon in the ultimate struggle for survival.”

Byjames_peskett@tracker.gg (James Peskett) Epic has revealed a new monthly subscription package which is set to release in time for the arrival of Season 5. Earlier this...
Read more