Iceland volcano: Is Iceland’s Mt Thorbjorn about to erupt? ‘Cause... 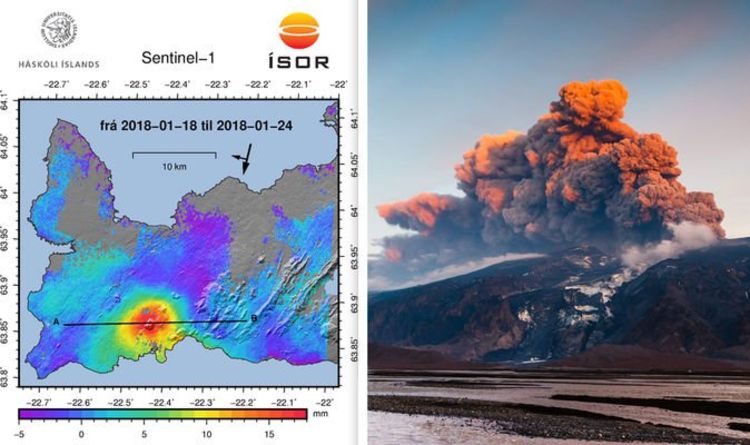 There is also the possibility the magma buildup will cease on its own without further hazardous events.

The magma could also enter the volcano but without an eruption or trigger large earthquakes up to magnitude 6.

The second scenario suggests the ground uplift is not caused by magma bur rather tectonic activity.

If this is the case, the tectonic activity could lead to a larger earthquake up to magnitude 6.

The Icelandic Met Office said: “A state of uncertainty has been declared. The aviation colour code has been raised to yellow for Reykjanes.”