If you want more battery life, you should avoid this iPhone 12 model 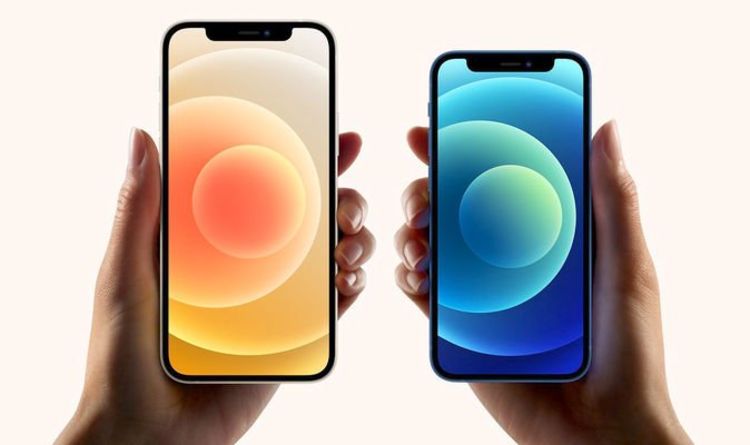 Apple has just wrapped-up its feverishly-anticipated iPhone 12 launch event. Delayed from its usual September timeslot due to the upheaval to manufacturing caused by the ongoing public health crisis, the online-only event saw four new iPhone models unveiled on-stage: iPhone 12, iPhone 12 Mini, iPhone 12 Pro and iPhone 12 Pro Max. All four of these new handsets sport the Apple-designed A14 Bionic chipset, which it claims is the “fastest chip in a smartphone ever“, edge-to-edge OLED displays, and 5G mobile download speeds. These new models also include upgraded cameras, with Night mode available on every lens – from the ultra-wide angle to the selfie shooter.

But while there’s a lot to be excited about …there’s one reason to avoid one of these new models. While Apple says its shiny new A14 Bionic chipset is much more efficient than its predecessor, not every model in the iPhone 12 line-up will have improved battery life. If you struggle to make it through the day without a blinking red light right now, you might want to serve the iPhone 12 Mini.

Yes, the iPhone 12 Mini is the smallest and lightest 5G smartphone on the market right now. It packs the same internals as the iPhone 12 and iPhone 12 Pro, but squeezed into a smaller package. With a 5.4-inch touchscreen, this is the smallest iPhone in quite a while – it’s even diddier than the physical footprint of the iPhone SE, which is currently the only option for smartphone buyers who want an iOS device without a palm stretching display.

While the overall dimensions are slightly smaller than the iPhone SE and iPhone 8 before it, iPhone 12 Mini uses an edge-to-edge screen design to cram its generous 5.8-inch panel into the smaller chassis, which should be the ideal size for those who need to use their phone one-handed with the help of a Pop Socket, or who have smaller pockets (or no pockets at all). Until now, opting for a smaller device – the iPhone SE – has landed Apple fans without the latest and greatest features.

With the iPhone 12 Mini, that’s set to change. This new handset ships with an OLED touchscreen, which has inky blacks, more vibrant colours and saves battery life when using Dark Mode in the iOS settings, a dual-camera set-up with upgraded ultra-wide lens, and faster Face ID unlocks at more angles than previous iPhone models. None of these features are available in the iPhone SE.

iPhone 12 Pro Max owners can watch video for 20 hours between recharges, thanks to its bigger battery cell.

Oh, and there’s one more drawback if the iPhone 12 Mini needs to be charged more frequently comapred to the iPhone 11 – Apple isn’t including a charger in the box with its new smartphones. As well as the wired headphones, dubbed EarPods, Apple has dropped the mains plug needed to connect the Lightning charging cable (which, thankfully, will still be included in the box) to the wall to charge your new phone. Of course, it’s possible to charge without the plug – you only need to plug the cable into the USB port on the back of your computer or games console, however, you’re not going to get anywhere close the fast-charging speeds available with the latest iPhone models.

Also, if you want to use any old mains plugs lying around at home, you won’t be able to use the Lighting to USB-C cable that’s included in the box with the iPhone 12 Mini. If you want to take advantage of the fast-charging speeds available with the USB-C cable included in the box, you’ll need to cough-up £29 for the charging plug from the Apple Store.

Ditching these cables from the box will reduce e-waste, Apple told customers during the keynote. Fortuitously, for the $ 2 trillion company, dropping these extras from the box of its new smartphones means it can shrink the size of the packaging – allowing it to squeeze more smartphones into each shipment container, which will reduce costs when shipping hundreds of millions of iPhone boxes across the globe.

ByThe Shenzhen-based tech giant has already confirmed that phones running with EMUI 11 will be able to upgrade to HarmonyOS, so the Mate 40...
Read more