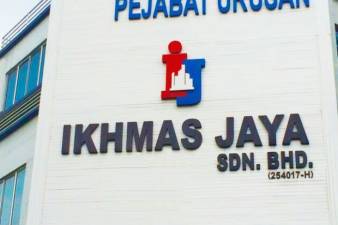 RMCC claimed that IJSB did not fully settle the amount of claim awarded by the Court to it upon the judgement being served.

And now, RMCC is seeking RM187,475 claims against IJSB for the supply of ready mixed concrete.

“The matter is under ongoing negotiation between IJSB and RMCC for an amicable out-of-court settlement,“ Ikhmas Jaya said in a stock exchange filing.

A case management and a hearing has been fixed on March 17 and April 29 respectively.

Ikhmas Jaya said IJSB is its major subsidiary with a total cost of investment of RM30 million. However, the group stressed that no significant loss is anticipated as the respective costs have been properly and appropriately taken up in the accounts.