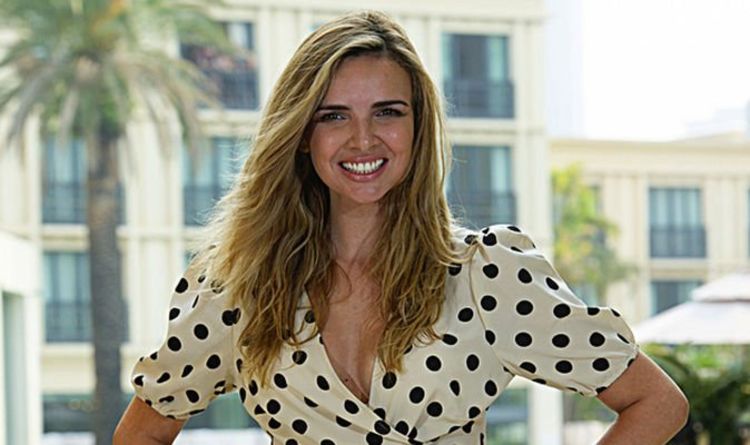 After her eviction from the jungle, the Girls Aloud singer, 34, had an emotional reunion with five-year-old Anaiya at the Palazzo Versace hotel and then told how she had struggled spending a month apart.

She said: “I was really emotional and couldn’t wait to see her. The longest I have been away from Anaiya is 10 days. Mummy guilt is a real thing but you have to balance that with work.

“I kept picturing her in the jungle. Any time I was struggling I just kept picturing her. And then I was like, ‘What would I say if Anaiya was here?’ I didn’t imagine I was going to be in there for that long so it was great to be reunited.”

After being evicted on Friday along with Caitlyn Jenner, Nadine – who split from Anaiya’s father, US football pundit Jason Bell, this year after 11 years together – will spend time with friends and family. And the next few days will be one long party.

She said: “That’s the plan. I loved the jungle but with each passing day I was thinking, ‘We’re taking off soon, come on!’”

Nadine coped well with the trials and said the hardest part was the evictions. She explained: “People started to go and I was so psyched up every day for myself to go, and when you didn’t I was like, ‘This wasn’t how it was supposed to go.’

“Then you have to get readjusted, you’re still in the jungle…”

Nadine might have found love on the ITV show – Myles Stephenson was also single – but no romance blossomed for the pair.

But the singer said lust would never have happened for her in the jungle. She said: “It is not the kind of place you want to hook up. You are not the best version of yourself and if there’s any suggestion, you would be like ‘Stay away’.”

Speaking of the remaining final contestants, Nadine said: “I adore Kate [Garraway] and I would like her to win. She just gets on with it.

“Jacqueline [Jossa] is a real sweetheart, while Roman [Kemp] is a little wind-up merchant. And Andy [Whyment] is just the sweetest guy.” Asked if the show had changed her, she said: “It has given me more confidence in real life.”