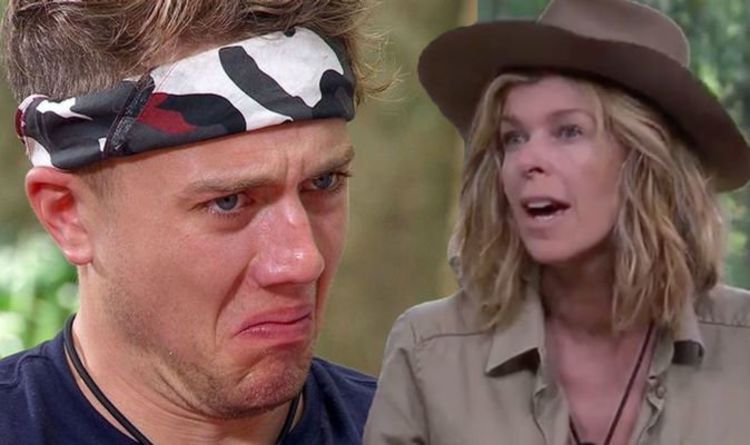 Kate, 52, was the unlucky star who was voted off by I’m A Celebrity…Get Me Out Of Here! viewers, just a day before the final. With her name out the bidding for the jungle crown, there was a slight hiccup when the ITV reality show hosts Ant McPartlin, 43, and Dec Donnelly, 44, announced the lines were open for fans to vote for their favourite to win. Despite having just made her exit, the Good Morning Britain presenter still made an appearance as her picture was shown instead of an actual finalist although she had no chance of victory.

As the phone numbers for the finalists appeared on the screen, footage from earlier in the morning was being played as the names were highlighted, a point at which Kate had not made her departure.

Former EastEnders actress Jacqueline Jossa, 27, was the first to have her number read out and the clip focussed on her face to match with what the hosts were saying.

However, as attention turned to Capital FM star Roman, the broadcaster’s image was shown instead although she had already left.

When it was Coronation Street Andrew Whyment’s, 38, turn, the young radio presenter’s face was shown for a brief moment before the camera returned to Ant and Dec.

With the pre-recorded footage being played out, it seems there was a slight blunder with regards to the correlation of names and faces.

After the finalists phone numbers had been read out, Kate made her exit from the studio and walked along the infamous red carpet bridge.

The presenter was joined by her husband Derek Draper and the pair embraced one another after three weeks apart.

Speaking of her time in the jungle and in particular, a recent Bushtucker Trial which saw her attempt to collect stars with various parts of her body, the journalist said: “It was terrifying.”

Taking to Twitter, viewers voiced their disappointment at the Good Morning Britain star not making it all the way.

One posted: “So gutted to see @kategarraway leave, I’d been voting for her. But many congratulations to @romankemp @jacquelineMjos and @andywhyment81 for making it to the final. #ImACeleb.”

A second wrote: “Gutted @kategarraway isn’t in the Final. Now want @romankemp for King of the Jungle. #ImACeleb.”

Whilst a third commented: “Great final 3. Shame for @kategarraway She was amazing in there. Now it must be @romankemp for the crown #ImACeleb.”