‘I’m not talking to you Morgan!’ Bob Geldof in brutal snub to GMB presenter 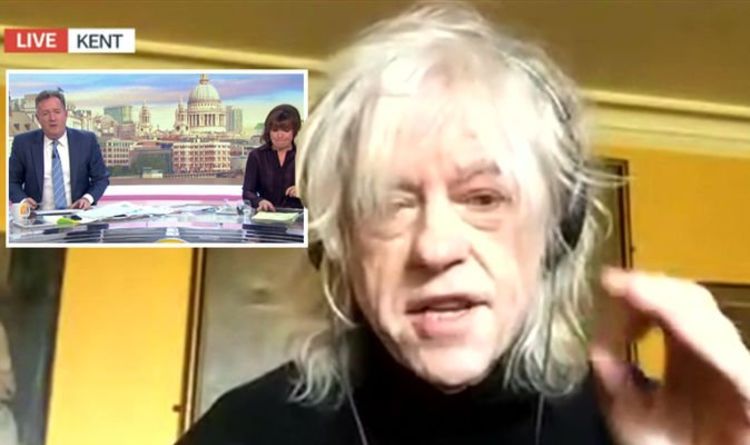 Sported on T-shirts and other accessories, the emblem sees an image of a germ within the peace symbol.

The former The Voice UK judge has shared the fundraising campaign on social media and has spoken about working with Bob, calling him the “master of mobilising young people”.

At present, there have been 6,650 confirmed cases of coronavirus reported in the UK, with 335 deaths.

Last night, Prime Minister Boris Johnson, 55, announced the nation was going into lockdown, implementing further measures to prevent the spread of the virus.