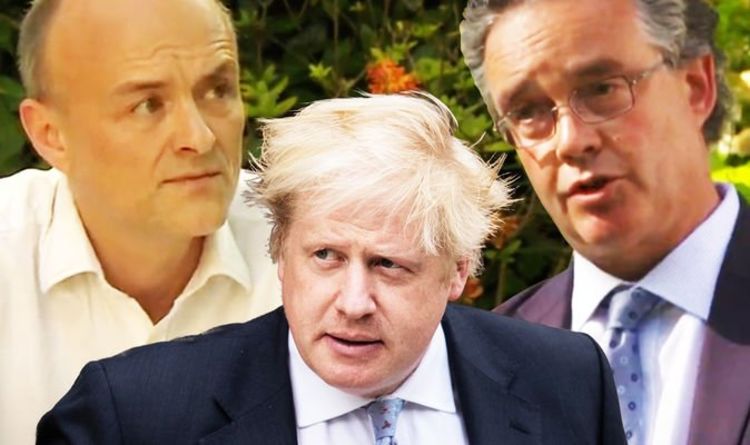 Boris Johnson’s top aide Dominic Cummings held a press conference on Monday afternoon to address accusations he had broken coronavirus lockdown rules. Mr Cummings admitted he was fearful for the safety of his wife and child following threats of violence. He also said the threat of he and his wife contracting COVID-19 was why he chose to travel away from his London home to Durham – as there may not have been anyone to look after his 4-year-old child if they were badly ill. Mr Cummings also explained he did tell the Prime Minister after he had made the trip to his father’s farm.

Mr Cummings took questions from the media where he got into a heated row with Channel 4’s Gary Gibbon.

Mr Gibbon said: “You drove a very long way away from home when everyone was told to be at home.

“If there was more leeway in these instructions than we thought, why didn’t you tell everyone about that?

“Who else has driven that distance?”

DON’T MISS: Cummings speaks out on how ’threats of violence’ forced him to flee

While stuttering Mr Cummings snapped: “I am trying to answer the question.

“With great respect Gary, it is not just a simple measure of the regulations as the regulations describe various exceptional circumstances where you are not able to follow the rules.”

Mr Cummings emphasised that he believed he was forced to make a judgement call on what best action to take.

He continued: “It seemed to me that I was in such an exceptional circumstance and was trying to balance all of these very complicated things.”

“However, we are aware that not all of these measures will be possible.

“What we have seen so far is that children with coronavirus appear to be less heavily affected, nevertheless it is important to do your best to follow this guidance.

“I think I behaved reasonably given all of these circumstances and the different things I had to weigh up.”

Mr Cummings said that at “some point” during the first week of his illness, he told Prime Minister Boris Johnson what he had done.

He said they were both so sick that neither of them remembers the conversation in any detail.

He added: “I have explained all the above to the Prime Minister.

“At some point during the first week, when we were both sick and in bed, I mentioned to him what I had done.

“Unsurprisingly, given the condition we were in, neither of us remember the conversation in any detail.”