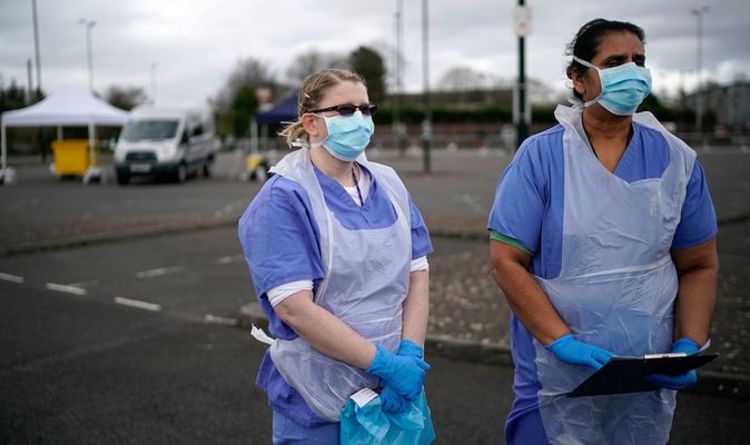 The vaccine is ready to be tested on healthy humans between ages 15 and 55 at the Imperial College London, University Hospital Southampton and Bristol Children’s Vaccine Centre from Thursday this week. Anyone who volunteers to take part in the trial will be reimbursed up to £190 to £625 for their time.

It comes as Health Secretary Matt Hancock said he would be “throwing everything at” Britain being the first country in the world to develop a vaccine.

Scientists working in Oxford will be funded an extra £20 million to assist their trials.

Mr Hancock has also said that an additional £22.5m will be injected to a project at Imperial College London.

New vaccines usually take around 18 months to develop, however, researchers at Oxford believe that production could be underway in September.

Currently, it is recruiting volunteers in London, Bristol and Southampton.

The Oxford Vaccine Centre is taking part but is not currently seeking participants.

Mr Hancock has said that usually vaccines of this nature take many years as they are “uncertain science” however this is an unprecedented time which has seen the entire country shut down.

It is expected that the jab will take six months to perfect and only a small amount of patients will be tested upon to make sure it is safe.

Speaking at today’s coronavirus briefing at Downing Street, the Health Secretary said: ‘In the long run the best way to defeat coronavirus is through a vaccine.

“After all, this is a new disease. This is uncertain science, but I am certain that we will throw everything we’ve got at developing a vaccine.

“The UK is at the forefront of a global effort. We’ve put more money than any other country into the global search for a vaccine and, for all the efforts around the world, two of the leading vaccine developments are taking place here at home at Oxford and Imperial [College London].

“Both of these promising projects are making rapid progress and I’ve told the scientists leading them that we’ll do everything in our power to support.”