In Boston, April's Marathon Monday Is Moved To September 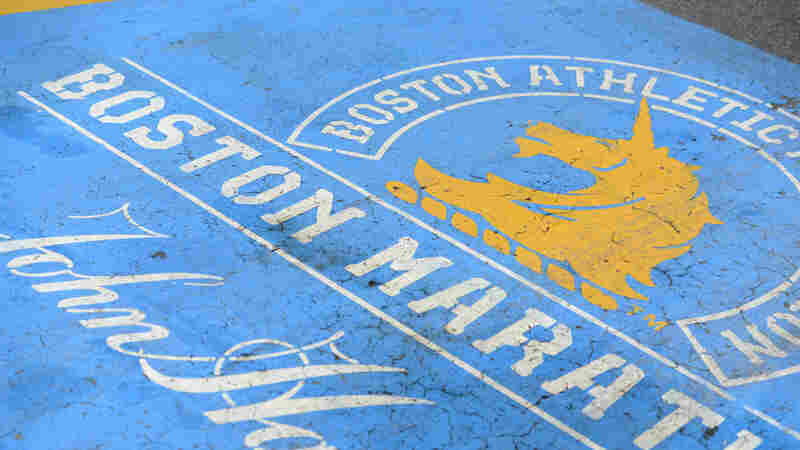 The finish line of the Boston Marathon, normally freshly painted this time of year, is still visible on Boylston Street in Boston on April 16, 2020, just a few days ahead of the planned but now rescheduled date. Meredith Nierman/Meredith NIerman hide caption 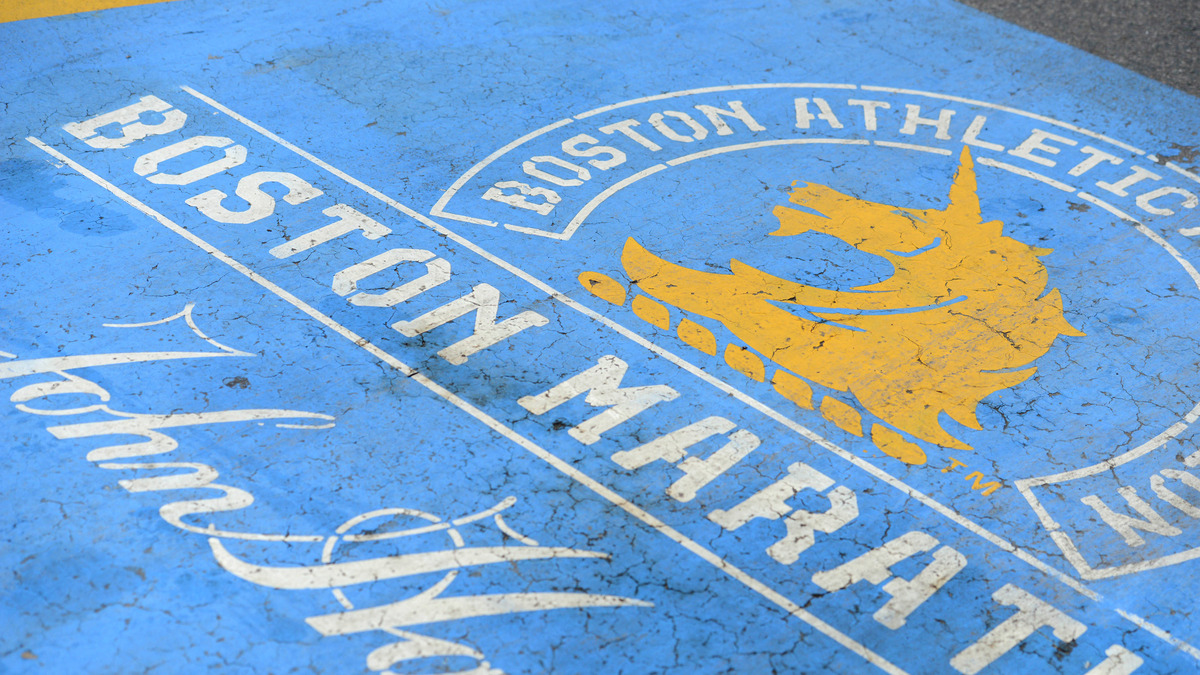 The finish line of the Boston Marathon, normally freshly painted this time of year, is still visible on Boylston Street in Boston on April 16, 2020, just a few days ahead of the planned but now rescheduled date.

Every third Monday of April, Boston and its western suburbs transform into a racecourse.

The city shuts down as the Boston Marathon, maybe the most prestigious long-distance foot race on the planet, takes over. Road shoulders and sidewalks become a 26.2 mile-long grandstand stretching from Hopkinton to Copley Square.

The marathon has been a part of the city’s lore since 1897. Since then, there has always been a race in April commemorating Patriot’s Day.

But not this year. Because of the coronavirus, the race has been postponed and, for the first time in over a century, there will be no running in Boston in the spring. The race has only been altered once, in 1918, when a military relay race was held to honor those serving in World War I. But even then, a race still happened in April.

Amanda Nurse, a runner and coach who has run in multiple Boston Marathons and Olympic trials, compares Marathon Monday to another holiday people hold with reverence: Christmas.

“When people found out they weren’t going to be able to run, most people were hitting their max mileage. They’re getting into the best shape of their lives and it’s almost time to taper and then they find out it’s going to be canceled,” she said. “So that’s devastating.”

For Chaz Davis, this year’s race was supposed to have special significance. For the first time ever, the Marathon is including competitive divisions for para runners, making it the first major marathon to do so. Davis ran in the 2016 Rio Paralympics and is a favorite to make it again.

“I knew that this was a really big moment for para athletes,” he said. “It was going to be on TV. I think we would have had the opportunity to showcase disabled sport to not only the Boston community, but even larger than that.”

But just because the marathon won’t happen in April doesn’t necessarily mean it won’t happen at all. Sept. 14, the new planned date, is already burned into runners’ minds.

In an event named after a legend that pre-dates Jesus, it’s a chance to do something new.

“It just will mean that much more to people to take part in an event that really will be different than any other [Boston] Marathon in 124 years,” Davis said. “So I look at that as something special that we hope no one else has to ever deal with.”