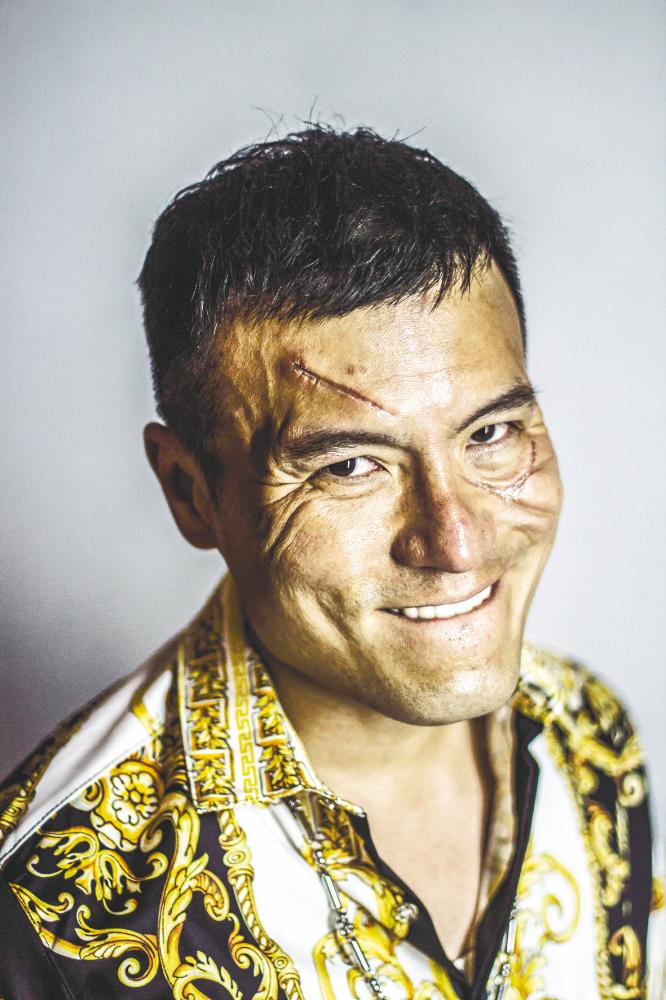 MALACCA-BORN actor Frederick Lee has been busy cooking up a storm during the movement control order (MCO).

Sharing what he has been doing over the past few weeks, the 43-year-old said: “Well, I chill all the time.

“Basically [I] eat, sleep, eat, sleep, watch movies, search for good dramas. After [the first] five days I could not stand it. So I would drive out and buy food for one to two weeks. I buy ingredients I like and I cook for everyone.”

Lee describes himself as a decent cook whose mother was a good cook. “I never learned to cook from her, but what I am doing now is from memories of watching what she did. I follow some steps and then ‘agak-agak’ everything.”

Lee’s chilled-out approach to his current situation is similar to how he ended up getting into acting.

Best known for his roles in local TV series such as Age of Glory, Age of Glory II, The Iron Lady and The Descendant as well as films such as Petaling Street Warrior and Fly By Night, Lee has long come out of the shadow of his older brother Christopher, who was already an established actor by the time he decided to try his luck in the industry.

He was always fascinated by how his brother could embody a totally different character on screen, and become someone he could barely recognise.

Instead of trying his luck directly with production companies, Lee waited for a competition that would help him garner some recognition.

At this point, Lee decided to put his acting dreams aside, and stick to his career as an interior designer.

In 2003, the third time Star Search came to Malaysia, it was one of the producers of the show who approached him.

“The feedback from the two previous shows was not that good. So this producer approached my friend who ran a casting agency. They wanted her help to find talented people. So my friend called me and asked me if I was interested. I said ‘No’. She said the producer wanted to meet me and ask me to take part.”

Turns out the producer was keen on having him on the show because his brother was a star. Lee still rejected the opportunity.

“Then the producer called me personally. We discussed it over the period of a month. During the last call, he told me that this was a good opportunity for me. He said it was like something you think you do not want, but which came and knocked on your door. So I had to consider it seriously.”

Lee took part in Star Search that year and although he did not win, he made it all the way to the finals. Since then, he has pursued acting full time.

“I prefer making movies because I feel they are more connected to real life. TV series have more drama. The shooting period for movies takes about one to one-and-a-half months, while shooting for a TV series can go up to three months. During that time you can’t do anything else.

“Dramas produced in Malaysia are always about love or family. So I feel bored by these plots.”

Certain Malaysian actors have gone beyond the traditional Hong Kong, Taiwan and China markets and became known names in Hollywood. When asked if he has similar aspirations, Lee said he tries to pressure himself with career goals.

“I would like to go to Hollywood. Last year I got a call from a Taiwanese management company who told me that a Hollywood production was looking for a Chinese guy who can speak English. I made a casting video, but I did not get the job.”

That made Lee determined to brush up on his English and try his luck with future productions.

He has mulled over the idea of becoming a director or producer.

“If I am not confident about something, I won’t do it. I think I better focus on my acting first. I can’t do more than one thing at a time. Until I have sharpened my acting skills, I [will not] try other things like directing.”