In love with Tiny Little Things 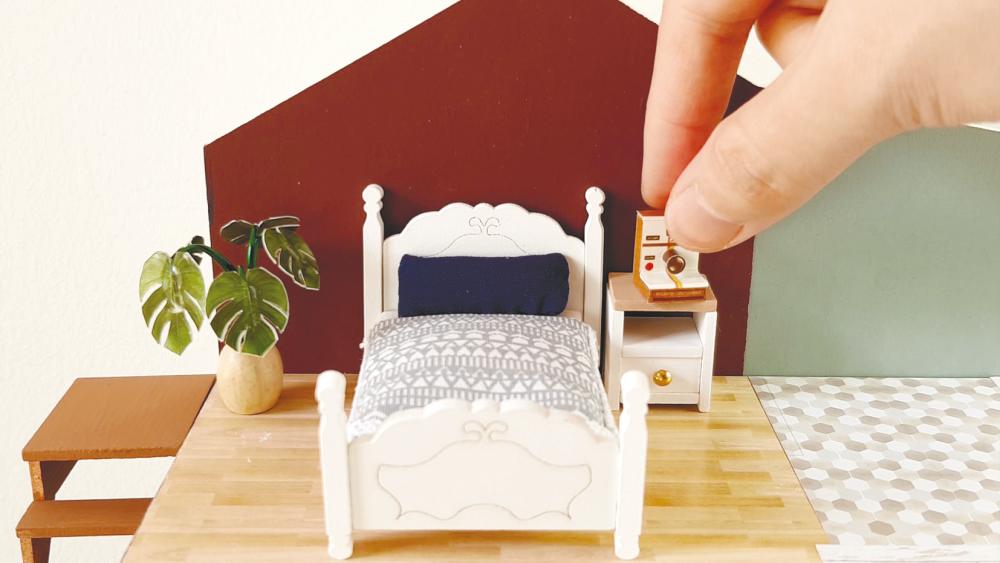 REFERRING to herself as a simple girl from Kajang, the soft-spoken yet authoritative Christine Lee was a teacher up to several months ago.

“I used to teach my friends when I was in school, and I think it made me feel that perhaps I was good at it. So I wanted to teach at places where I could reach out to less privileged kids. That was why I chose a government school in the end,” said Christine.

Whenever she was not teaching, Christine would be hard at work on building miniature sets, filming them and then posting videos on her Tiny Little Things channel on YouTube. The videos average between several hundred thousand to a million views.

However, late last year, she decided to quit her day job to focus entirely on her YouTube platform, which she claimed was a tough decision make.

“Once you leave a government school, you won’t be able to go back anymore. However, I don’t think I will truly stop teaching as it’s a part of me. Except it may be done in a different setting and way,” she said when theSun got in touch with her.

How did you get into miniature building? And why choose miniatures instead of something else?

“When I see miniatures in general, I always feel connected to them and my heart would just feel joy, as if I am gobbling down a tasty ice cream. I have no idea why but I think it’s something to do with how tiny they are!

“The first time I saw someone making miniatures though was actually at my student’s house. I was giving home tuition at that time, and when I saw all the miniatures my student’s mum made, it felt like a whole other magical world had opened up for me there and then.”

Back when you were teaching, did the process of making miniatures balance out the chaos of the classroom and working demands?

“I think to a certain extent yes. Making miniatures is like an escape for me from the reality of this world. I can just let my mind drift away.

“In a way it’s pretty therapeutic. It’s also a way for my introvert self to recharge after hours of talking to and handling students.”

How long does assembling one kit usually take?

“It depends on how big or complicated the kits are. I also tend to take my time assembling them because you’ve just got to enjoy the process! But roughly the time ranges from one to three weeks combined.”

Your YouTube channel has videos that have accrued millions of views. Did you anticipate the reception to be that good when you began?

“Definitely not. I was quite surprised but also flattered by the response. My then-boyfriend, who is now my husband, was the one who pushed me to start a YouTube channel actually.

“I felt the idea was good too, mainly because I knew I would love to watch and enjoy all the assembling processes I had been through again, the feelings of touching them, and the feeling of accomplishment at the end.”

Once you’ve shot a video, How do you approach the process of shooting, lighting, making the miniatures and then editing the videos?

“Yes, I edit all my videos. I like to make the viewer experience relaxing and smooth. As for lighting, I rely mostly on sunlight, because I like the warmth it exudes.

“So I would try to shoot during daytime, and at night I would prepare the materials for the miniatures. I also try to edit my videos in between shoots because it makes the editing process more manageable.”

What are your future plans with Tiny Little Things?

“To grow my YouTube channel and to one day sell miniatures and tools. But of course, I’m open to any other opportunities that may arise!”