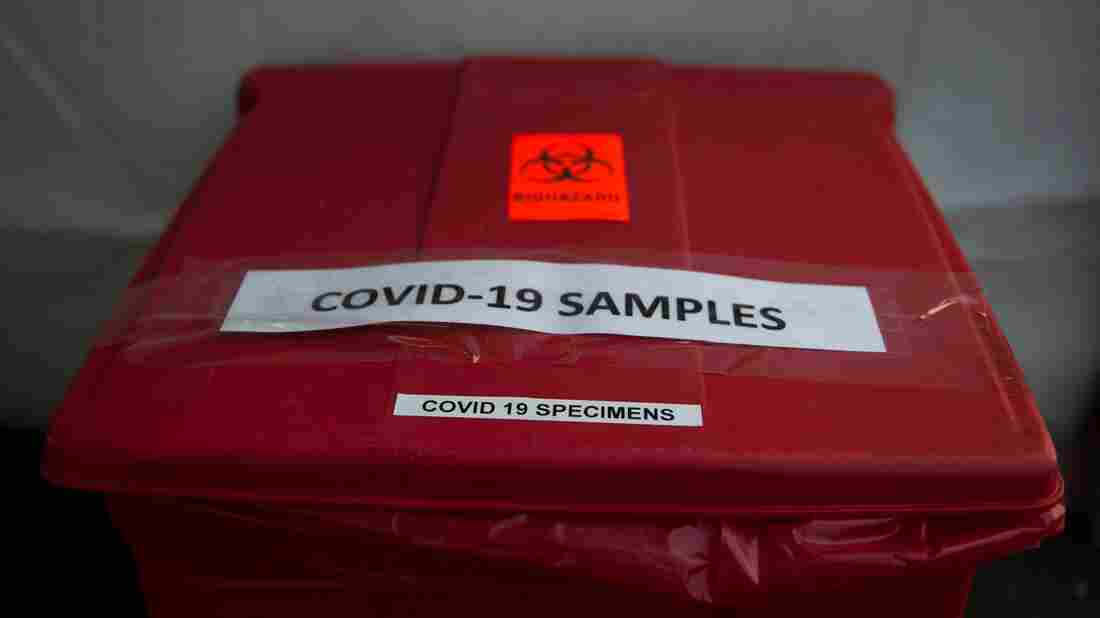 A bucket used to collect samples after people have been tested for COVID-19 is seen at a drive through testing site in Arlington, Va., on March 20. One group in northern Virginia is paying special attention to the coronavirus’s impact on Latinos. Andrew Caballero-Reynolds/AFP via Getty Images hide caption 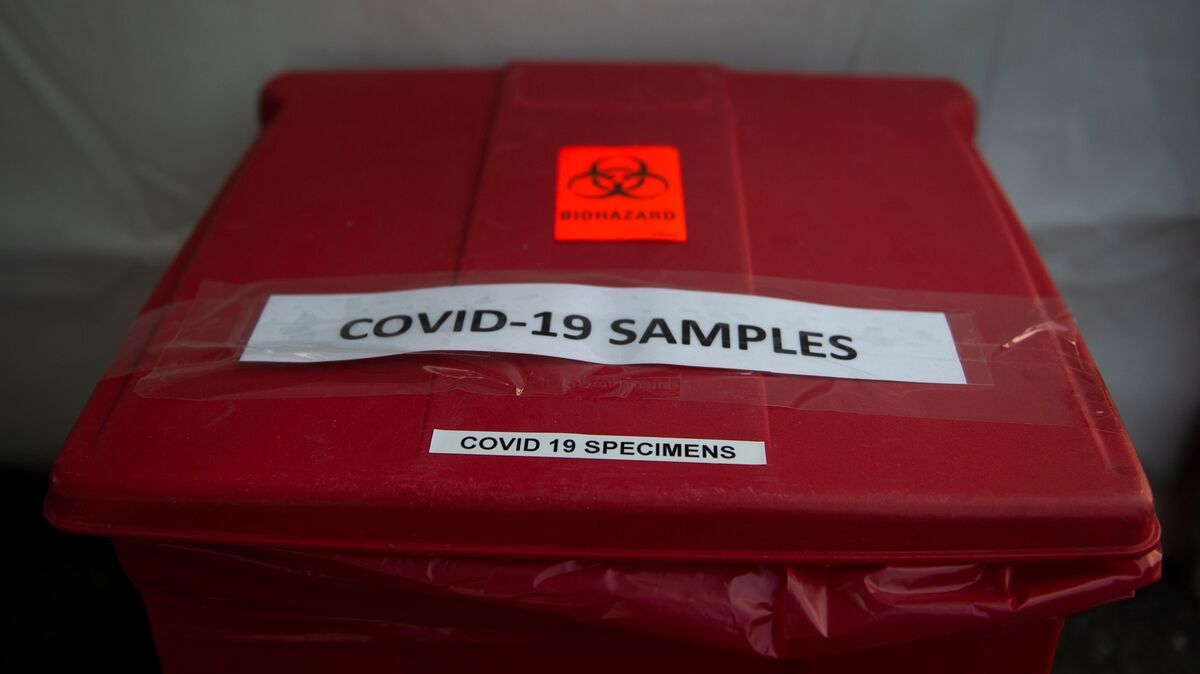 A bucket used to collect samples after people have been tested for COVID-19 is seen at a drive through testing site in Arlington, Va., on March 20. One group in northern Virginia is paying special attention to the coronavirus’s impact on Latinos.

As Latino households across the country are pummeled by the virus outbreak, staff from Neighborhood Health, a chain of medical clinics in northern Virginia, have stepped up testing efforts in areas where that community is hardest-hit.

Of the health center’s 30,000 patients, 50% are Latino immigrants hailing from Central America. They are predominantly low-income and uninsured. And though they make up half of the patient population, Latinos represent nearly 90% of those who have tested positive for COVID-19 at the group’s clinics.

On one day earlier this month, the medical team’s endeavors took them to a small parking lot near Four Mile Run park in the city of Alexandria. A large blue tent set up at the entrance of the lot marks one of five makeshift coronavirus testing sites.

“The next walk-up patient can come up,” says Jessica Alvarenga, a medical assistant administering tests at the booth, over a walkie-talkie.

Meanwhile, mask-clad people on foot form two lines while carloads of patients pull in for their respective drive-through appointments.

“The testing rates in some minority communities across the country is much lower,” says Dr. Basim Khan, primary care physician and executive director of Neighborhood Health. “So, not only are they getting more disproportionately impacted, but you’re also seeing that the response is not as robust as it needs to be.”

Latinos make up about 18% of the U.S. population. But when the Centers for Disease Control and Prevention recently analyzed provisional COVID-19 deaths and racial and ethnic data in areas where more than 100 people had died, it found Latinos made up about 27% of coronavirus deaths.

Khan hopes to change that narrative for his patients whose homes line the border of Arlington County and Alexandria, an area called Arlandria. An influx of Salvadoran immigrants in the 1980s earned it the nickname “Chirilagua,” after the city on the Pacific coast of El Salvador.

Neighborhood Health has tested more than 800 patients for COVID-19 so far. Khan says members of the Latino community struggle to isolate themselves even after they’ve tested positive. They often work low-paying jobs deemed “essential” — sometimes with no protective gear.

And language barriers and questions over immigration status can make it harder for Latinos to access the health care systems or unemployment benefits that could provide relief.

“Because they have this illness, they’re obviously not able to work and they’re struggling to keep food on the table,” Khan says. “It’s been a really stressful and challenging situation for a lot of our patients who have tested positive.”

Virginia Gov. Ralph Northam announced that the state will begin “phase one” of reopening on May 15.

But, for some, it’s not so easy to move forward.

Silsa Ortiz de Catalan, 47, is among the Neighborhood Health patients who live in crowded conditions at home. Catalan contracted coronavirus in late March and spread the disease to her entire family of four. Catalan, her husband and two adult sons share a one-bedroom apartment.

“I was working without gloves and without a mask,” she says in Spanish, her words interpreted by a Neighborhood Health worker.

“I started to feel like I had a fever and I started shaking, but I didn’t pay too much attention, so I kept working,” Catalan says. Her bones and throat were aching, but she worked through the pain for several days at a well-known craft store.

The Guatemala native says her latest COVID-19 test came back negative, indicating she’s recovered, but she has another problem: After being out of work for five weeks, how is she going to pay the past-due rent for May?

According to a recent Washington Post-Ipsos survey, 20% of Latinos say they’ve been laid off or furloughed since the outbreak began — compared to 11% of whites and 12% of workers of other races. African Americans and Latinos are also dying of COVID-19 at the highest rates.

When a patient’s positive test result comes in from the lab, medical staff at Neighborhood Health reach out to the patient to discuss symptoms and determine the level of monitoring needed. For those with more acute symptoms, the doctor will recommend the delivery of a pulse oximeter to the patient to check oxygen levels on their own.

Meanwhile, another group of workers at the clinic conducts contact tracing with patients that test positive. They also provide the families with food.

As businesses across the country reopen, Khan is urging government officials to focus on the communities most impacted with more aggressive testing.

“First of all, it’s just the right thing to do. But second is it reduces the likelihood of broader spread,” he says. “We’re as good as our weakest link.”

Facebook
Twitter
Pinterest
WhatsApp
Linkedin
ReddIt
Email
Tumblr
VK
Previous articleBarmaid in the Rovers, nurse in Holby and a crash on The Jump, Tina Hobley has done it all
Next articleNicola Sturgeon's SNP savaged in furious rant against 'illiberal' party