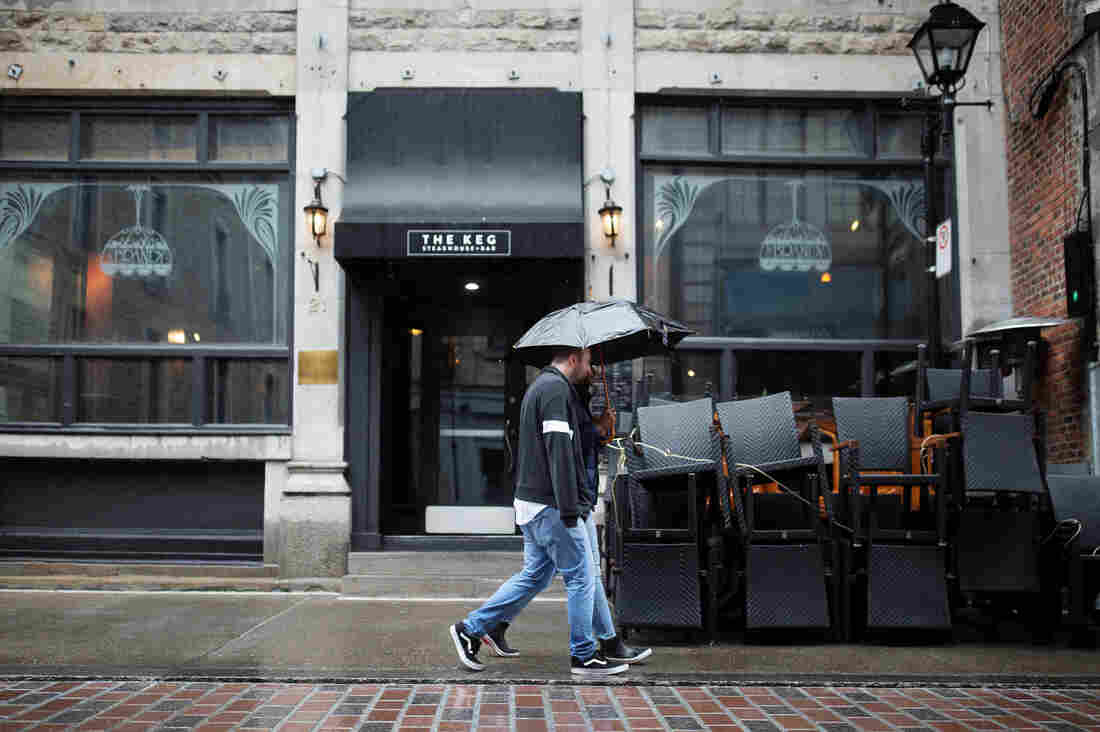 Chairs are stacked outside a restaurant in Montreal on Sept. 29 as the Quebec government orders restaurants, bars and casinos to close for 28 days effective midnight Sept. 30, after a recent spike in new daily coronavirus cases. Christinne Muschi/Reuters hide caption 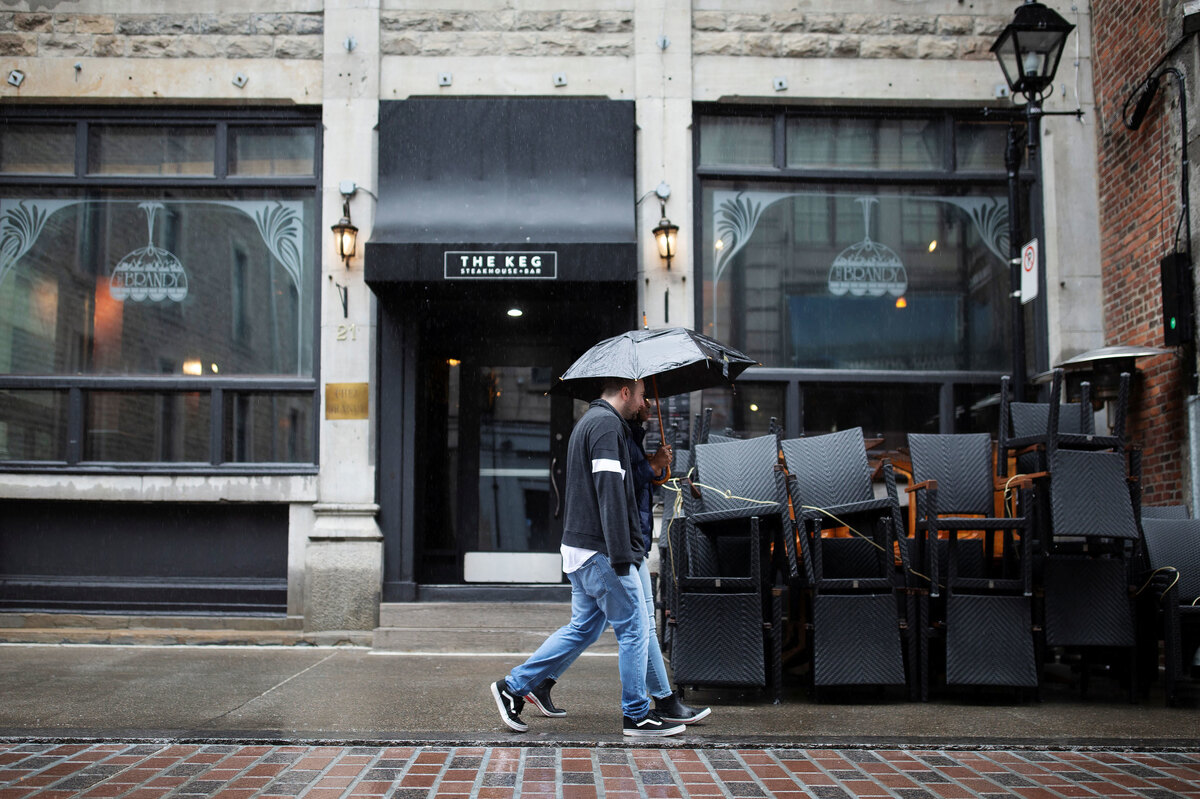 Chairs are stacked outside a restaurant in Montreal on Sept. 29 as the Quebec government orders restaurants, bars and casinos to close for 28 days effective midnight Sept. 30, after a recent spike in new daily coronavirus cases.

Among the enormous burdens of fending off the coronavirus pandemic, many countries closed whole sectors of the economy, while boosting emergency spending to keep citizens afloat. Now in Canada, momentum is building for another extraordinary measure: a basic income guarantee.

Simply put, it’s when residents receive cash from the government, without conditions, to ensure they meet their basic needs.

Prime Minister Justin Trudeau’s government has delivered pandemic emergency benefits to millions of unemployed workers since late March and students since May, that together totaled more than $ 60 billion.

Kayte Barkshire, 28, is a beneficiary. When she moved back to Vancouver from Scotland earlier this year, the pandemic hit before she could find a job in her fields of caregiving and hospitality.

She was soon able to apply for the Canada Emergency Response Benefit to receive 2,000 Canadian dollars (U.S. $ 1,523) per month.

“I’ve always felt a bit of anxiety when it comes to money and it was nice to just have some sort of basis to rely on,” says Barkshire, who used it to pay for rent and food while she job-hunted.

As those emergency programs ended this month, the government has introduced more federal benefits and other spending to help workers and the economy cope during the pandemic. Millions of residents are out of work. Canada’s unemployment rate is 9%, down from a record 13.7% in May but still one of the highest of the Group of Seven leading economies. Now, as pressure mounts for a longer lifeline, some Canadian lawmakers and advocates are pushing to make basic income a priority policy. 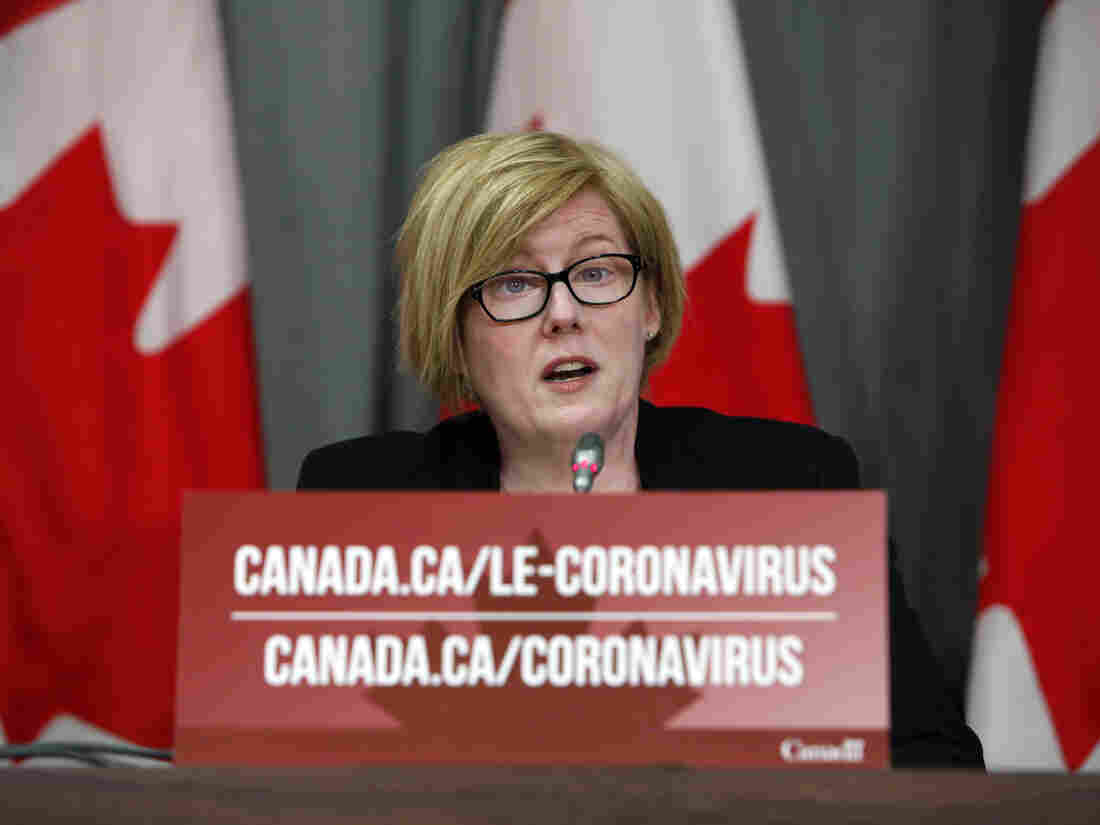 Carla Qualtrough, Canada’s employment minister, speaks during news conference in Ottawa on Sept. 24. The government is raising the weekly benefit for workers affected by the coronavirus pandemic to CAD $ 500 per week. Bloomberg/Bloomberg via Getty Images hide caption 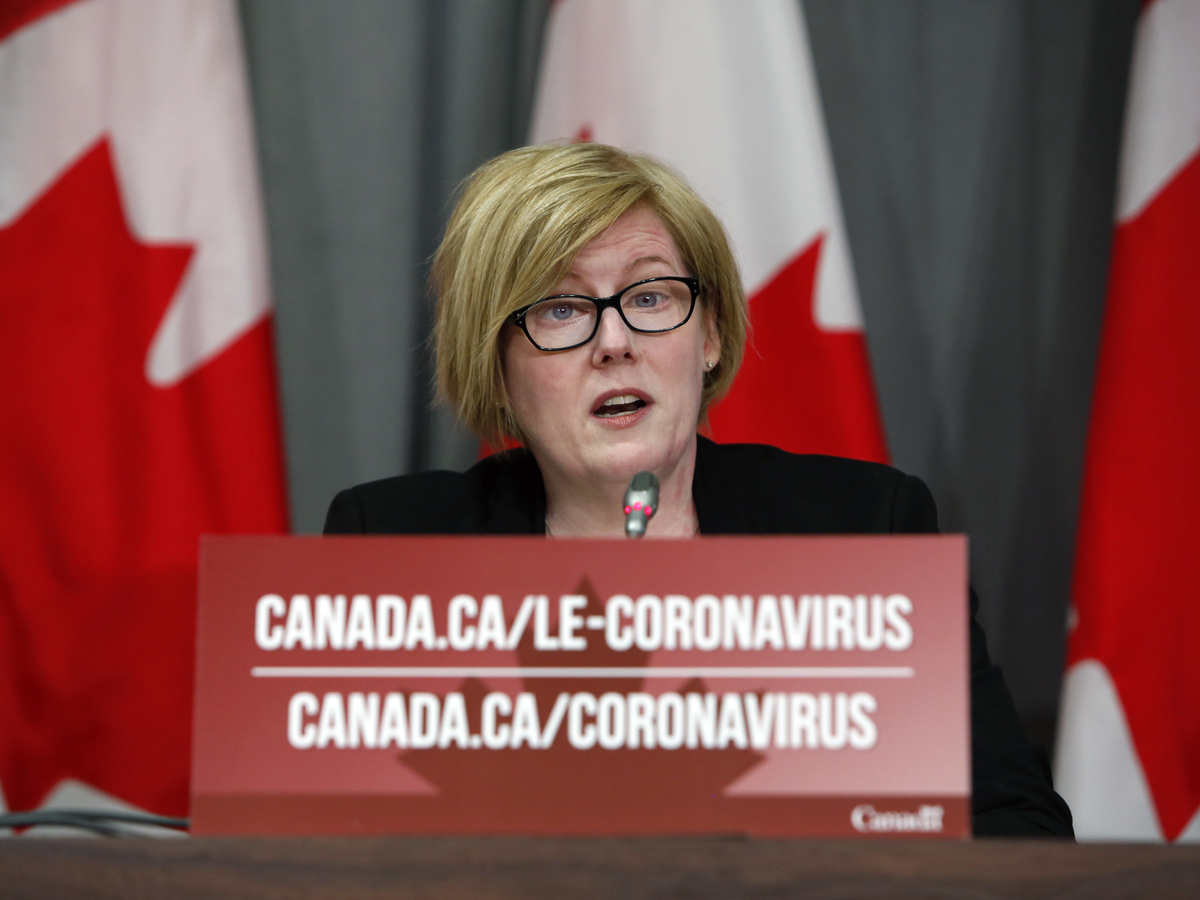 Carla Qualtrough, Canada’s employment minister, speaks during news conference in Ottawa on Sept. 24. The government is raising the weekly benefit for workers affected by the coronavirus pandemic to CAD $ 500 per week.

“We have a unique opportunity to rethink the Canada of tomorrow,” tweeted Rachel Bendayan, a member of Parliament from Montreal with Trudeau’s Liberal Party. She sponsored a resolution to vote on the issue at the Liberal National Convention in November, designating it as their top policy priority. “We received enough support for our Basic Income resolution to move directly to a Convention floor vote.”

I am proud to sponsor this resolution for a Canadian Basic Income for our @liberal_party political convention in November.

We have a unique opportunity to rethink the Canada of tomorrow.

That followed a motion from a parliamentarian with the opposition New Democratic Party pressing the government to introduce guaranteed basic income legislation.

Parts of Canada have a history of experimenting with basic income.

In one experiment called Mincome, in the 1970s, the poorest residents of the prairie town of Dauphin, Manitoba, received an annual income for five years.

In 2017, a pilot income project helped working-class people in three cities in Ontario.

These programs might sound familiar in the United States, where several states have also tried various types of the stipends going back to the 1970s. Alaskans receive a form of universal basic income — the oil-revenue-based Alaska Permanent Fund — to this day.

The U.S. federal government has also issued pandemic emergency relief. Many Americans received a one-time $ 1,200 stimulus check and could apply for benefits such as $ 600 per week of unemployment compensation, but Congress has not renewed these.

Elsewhere, Spain has launched a program for low-income families, considered to be one of the biggest experiments in basic income yet.

Just how feasible would a large-scale basic income program in Canada be?

It would not be cheap.

The parliamentary budget office provided estimates this summer for different scenarios of guaranteed basic income. The broadest scenario reached more than 20 million recipients — over half the population of Canada. In six months, from October 2020 to March 2021, the cost could run up to CAD $ 98.1 billion (U.S. $ 74.72 billion).

Repealing tax credits and combining other existing benefits could offset some of the cost — CAD $ 15 billion (U.S. $ 11.42 billion), the report said.

Critics have leveled various arguments against the policy from across the country and political spectrum.

Lindsay Tedds, an economics professor at the University of Calgary, says the first step before anything would be to rehaul the tax system, which could be complicated. “The entire tax, transfer, reporting, and income support system needs to be fundamentally changed before we even consider the merits of a basic income,” she wrote.

A group of economists from Quebec in a 2012 research paper warned that the policy could pose a disincentive to work and could actually increase poverty rates.

Additionally, Mike Moffatt, a professor of economics at the University of Western Ontario, is one of a number of critics voicing that basic income could lead to cuts that make people worse off. “In short, it would make the lives of many of the most marginalized and vulnerable citizens worse, particularly if they have a disability or a medical condition such as diabetes,” wrote Moffatt, basing his comments on his analysis of the Ontario pilot project.

Despite these potential issues, the idea is gaining popularity among everyday Canadians, though with caveats. An Angus Reid Institute opinion poll in June found 59% of respondents supported a basic annual income of up to CAD $ 30,000 (U.S. $ 22,849). A majority said that the rich should foot the bill, but most of the higher earners polled were unwilling to pay more taxes to fund it.

Meanwhile, an online petition in September by the Canadian Initiative for Basic Income garnered nearly 22,000 signatures.

Strong proponents argue that some benefits are worth sacrificing in order to guarantee a basic wage for all.

“What a basic income will do is to replace some of the rather inefficient monetary transfers that we have in place,” says Evelyn Forget, a health economist at the University of Manitoba and author of the book Basic Income for Canadians. She says “costly” and “bureaucratic” welfare programs may have to go, but health care and public education spending would remain intact.

Some groups advocate for a universal basic income — that is, the same sum for everybody, no matter their earnings. But Forget says the debate has largely focused on guaranteed annual income of different levels. “If you have no money from any other source, you get the full benefit and then the benefit gradually declines as your income increases,” she says.

As for the criticism, the potential negative effects on labor are often overstated, according to the World Bank. The bank’s 2020 report on the issue states that any changes can be rather positive when “recipients use them to invest in family livelihoods or in their children’s human capital.”

Prime Minister Trudeau, who had been pressured to mention basic income in his Sept. 23 speech laying out the government’s agenda, instead said other changes would be coming.

François Delorme, an economics professor at the University of Sherbrooke, told The New York Times that it was unsurprising that Trudeau did not introduce the policy that day. According to Delorme, the plan would involve the elimination of 38 current programs, a move that would require support from provinces across the country, a complex feat.

Advocates and recipients of the temporary emergency stipends are still hopeful for something longer term.

“What’s happened now is that millions of people effectively received something like a basic income for the first time in their lives and they saw that, ‘Hey, this has saved me from going into poverty,’ ” says Floyd Marinescu, co-founder of the basic income lobbying group UBI Works.

When the pandemic stay-at-home measures were imposed, her research job cut back her schedule to just 6 ½ hours per week. So, she applied for an emergency benefit.

“Millennials … don’t have the same kind of job security [that previous generations had],” she says. “We have multiple degrees and it’s still hard to find a good job.”

The coronavirus, meanwhile, isn’t going away. Parts of Canada saw new spikes in daily confirmed cases in recent weeks, prompting another round of restrictions in some provinces.

Whatever the government chooses to do for workers beyond the pandemic, health economist Forget says that the lesson of the emergency benefit is that “getting money into peoples’ hands” has been shown to be possible.