In the mood for fringe artistry 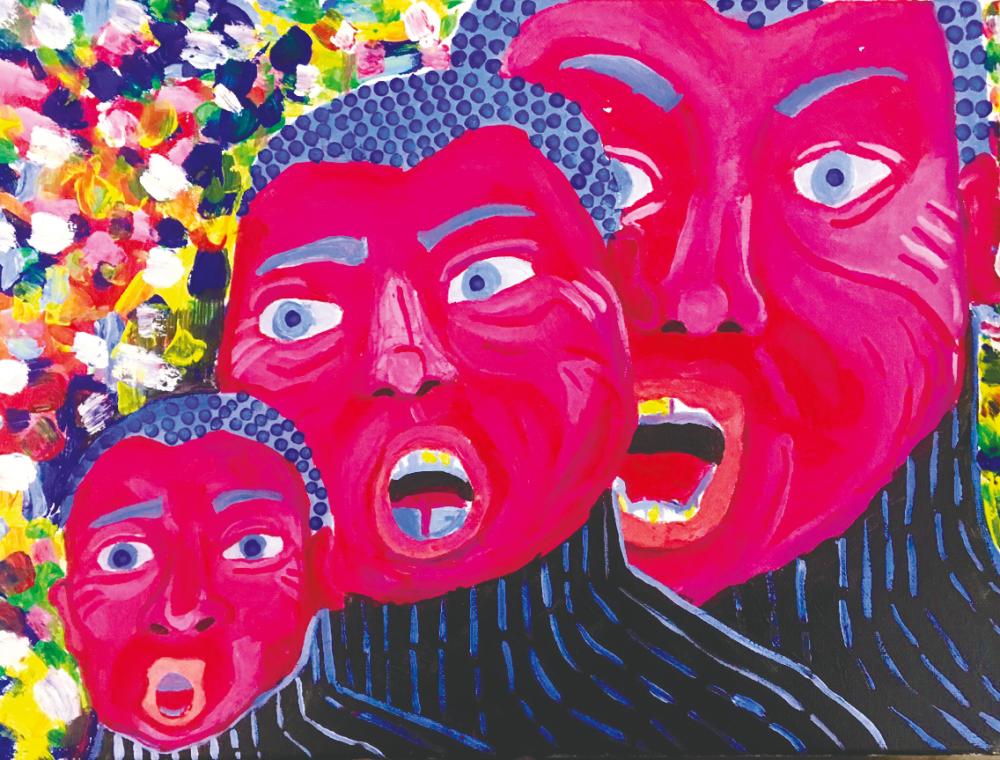 THOUGH she is pursuing a career in law, having completed undergraduate studies at Cardiff University and holding a Master’s degree from the University of Bristol, Yaner Lim is also known for her deft artpieces.

On Instagram, artpieces and comic strips are splashed across her @ranerrim profile. Her themes range from deprecation to existentialist morbidity, and some even fringe on nihilism.

“Pursuing law has completely shaped my worldview as an individual and an artist,” she said.

To understand her style and approach, theSun delved into Lim’s past to better deconstruct her journey into what she does now.

Influenced by 1990s Malaysian comic artists such as Zint (author of Under 18) and Keith (author of Lawak Kampus), Lim would reimagine fairy tales as comedies through comics drawn in her exercise books in primary school.

In high school, she departed from drawing comics and explored different styles of art, such as whittling, painting in acrylic and illustrating.

“I was really shy about my art because it depicted many personal problems I was going through as an adolescent,” she said.

The hesitation seemed to linger even after she left to pursue higher education abroad.

“Sometimes I found it too exhausting to create because I always had to confront my emotions and mental health in the process. I found it a chore to be vulnerable every time I wanted to make art.”

To change the perception of her art as a burden, she started a hand-drawn magazine called Non-Cents. Free and “filled with nonsense”, she gave out issues to anyone, including strangers, that requested for them.

“Each magazine had a theme and was filled with poems, strange ramblings and art. I wanted to make as much art as possible and share it with as many people as possible to destroy all the negative feelings I had about my art and vulnerability. In total, I think I distributed about 25 different magazines.

“As I began to come to terms with the way I view my art and life, I started to see creating as a gift instead of a burden because I discovered many people relate to the things I express in my art. I finally understood that being able to express my emotions and vulnerability is a strength, and not a weakness.

“Today, I make all sorts of art, from comics to paintings – anything to express my emotions, stories I have in my head or a philosophical idea, but with a lot more confidence and love attached to what I have created.”

Lim explained that when she thinks about the way people live, the Greek myth of Sisyphus – cursed to forever push a boulder up a hill in the afterlife – comes to mind.

“Philosophers view this as a metaphor for life, where humans always continue to struggle while facing the inevitability of mortality and suffering. Life is so absurd and yet, we are here and we still go on. Because that is how we make life meaningful,” she said.

Of late, she has been tying sociopolitical issues into what she creates.

“Politics, injustice and life are always overlapping, so I found it difficult to not have politics included in my art when my art is about life. There’s so much injustice in this world, some people suffer more than others”.

Through her love of movies and cinematography, she loves how colour and light changes our perception of what we see. However, Lim utilises bright colours in a way that goes against the contemporary grain.

“So the least I can do is juxtapose the darkness with bright colours. I want my viewers to look, like, really look, through the white noise and distractions to see what is really happening in the painting.”

The now and the beyond

Beyond the content on Instagram and her collaborations with fashion influencers to produce merchandise, she has also exhibited her art with The Art Seni and collaborated with her boyfriend on an unreleased puzzle game.

“Recently, I collaborated with RumahKita, an NGO which connects donors and sponsors to hospitals, illustrating the plight our frontliners face when battling to contain the Covid 19 outbreak,” she pointed out.

Lim had plans for upcoming group exhibitions, but everything is up in the air due to the current movement control order.

As her platform moves forward, Lim hopes to create and learn more.

“I might want to publish a book of comics in the future, but nothing is set in stone yet. Currently, I am focusing on creating a bigger body of work and exploring different styles to express my ideas.”