India earthquake: Experts warn of a major tremor near Delhi... 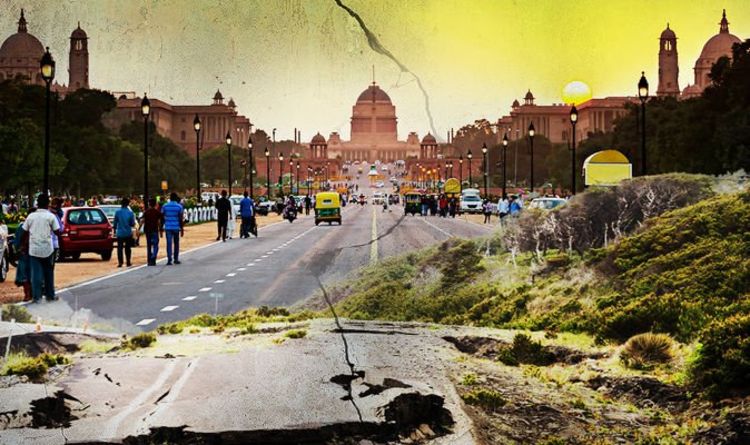 Professor Khan said: “The entire region experienced 64 tremors with magnitudes ranging between 4.0 and 4.9 and eight with magnitudes 5.0 and above over the last two years, which shows an increase in the accumulation of strain energy in the region, particularly near Delhi and Kangra.”

Of the 64 earthquakes studied, 11 erupted in the last two months.

One of the earthquakes struck near Noida on June 3, reaching magnitude 3.2.

Khan added: “NCR is just 370 km from Kangra and 260 km from Uttarkashi, which is known for severe earthquakes, and a bigger earthquake in this fault line is bound to affect NCR.”

He said: “Since no prediction model for earthquakes is still available, the Earthquake Early Warning System (EEWS) designed in back-azimuth and slowness-based algorithm is much needed.”

According to a 1994 study published in Current Science, the Delhi-Haridwar Ridge plays an active role in causing seismicity in the Himalayan Belt.

The Delhi Disaster Management Authority also said: “Seismicity around Delhi appears to be associated with a major geological strucutre, which is known as the Delhi-Haridwar Ridge.

“It coincides with the extension of the Aravali Mountain belt beneath the alluvial plains of the Ganga basin to the northeast of Delhi towards the Himalayan mountain.”