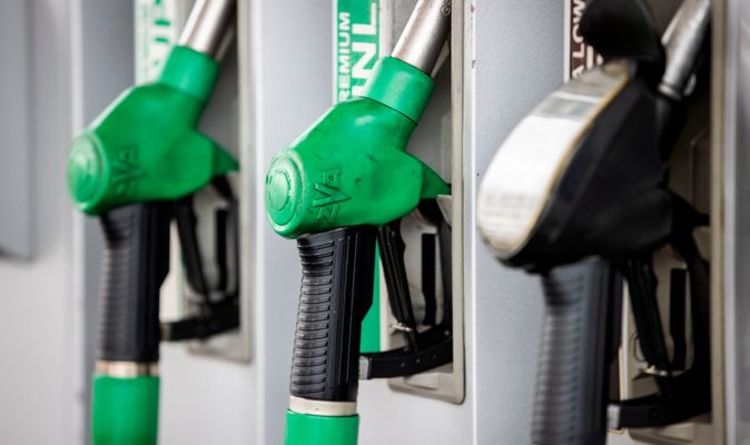 Rising fuel prices and expensive haircuts helped to drive up inflation to its highest rate in four months. Struggling retailers also offered fewer summer sale discounts on clothes after suffering a slump during lockdown. Higher costs pushed up the Consumer Prices Index to one percent in July from 0.6 percent in June, according to the Office for National Statistics.

It came as a study found pay awards fell to the lowest levels in a decade as large numbers of workers suffered wage freezes.

The headline pay award fell to 0.5 percent in the three months to July, down from the 2.2 percent seen in each of the three previous rolling quarters, according to analysts XpertHR.

Inflation was higher last month than the 0.6 percent experts had expected but still remains below the Bank of England’s two percent target.

Economists said the shock rise is likely to be a blip.

Philip Shaw, from Investec, said: “July’s figures are unlikely to mark the beginning of a period of rising inflation.

“One factor adding to price pressures has been the release of pent-up demand in the high street, which should dissipate over the next month or two.”

James Smith at ING said: “The combination of VAT changes and the eat out to help out scheme mean we’re set for a big downward move in August, while the rise in unemployment means domestically generated inflation is set to remain muted.”

The ONS said the inflation leap came after fuel costs soared due to a rebound in global oil prices as lockdown restrictions were eased worldwide.

Clothes shops held back from widespread discounting after already having slashed prices at the start of lockdown.

While price tags were cut, the fall was far lower than a year earlier, with women’s clothing prices down by 1.7 percent between June and July, compared with 4.4 percent a year ago.

Clothing and footwear prices are usually slashed each year between June and July as retailers look to shift summer stock ready for the arrival of autumn ranges.

Price rises to cover the extra cost of personal protective equipment (PPE) for staff in hairdressers, dentists and other close contact businesses also added to the inflation hike.

Jonathan Athow, deputy national statistician for economic statistics at the ONS, said: “Inflation has risen, in part, due to the largest monthly pump price increase in nearly a decade, as international oil prices rose from their lows earlier this year.

“The largest upward movement came from clothing where prices fell on the month but by less than a year ago, partly due to different sales patterns throughout the year so far.

“In addition, prices for private dental treatment, physiotherapy and haircuts have increased with the need for PPE contributing to costs for these businesses.”

An emerging force in the multi-billion pound insurtech sector, the business pinpoints risks in real time - known as nowcasting - down to property...
Read more
Business

Where Was the Battery at Tesla’s Battery Day?

To Clean Up Comments, Let AI Tell Users Their Words Are Trash

British lenders HSBC and StanChart were among global lenders named as having transferred more than $ 2 trillion in suspect funds over nearly...
Read more