Inside Oxford’s Vaccine Saga: From Wild Hype to Sobering Reality 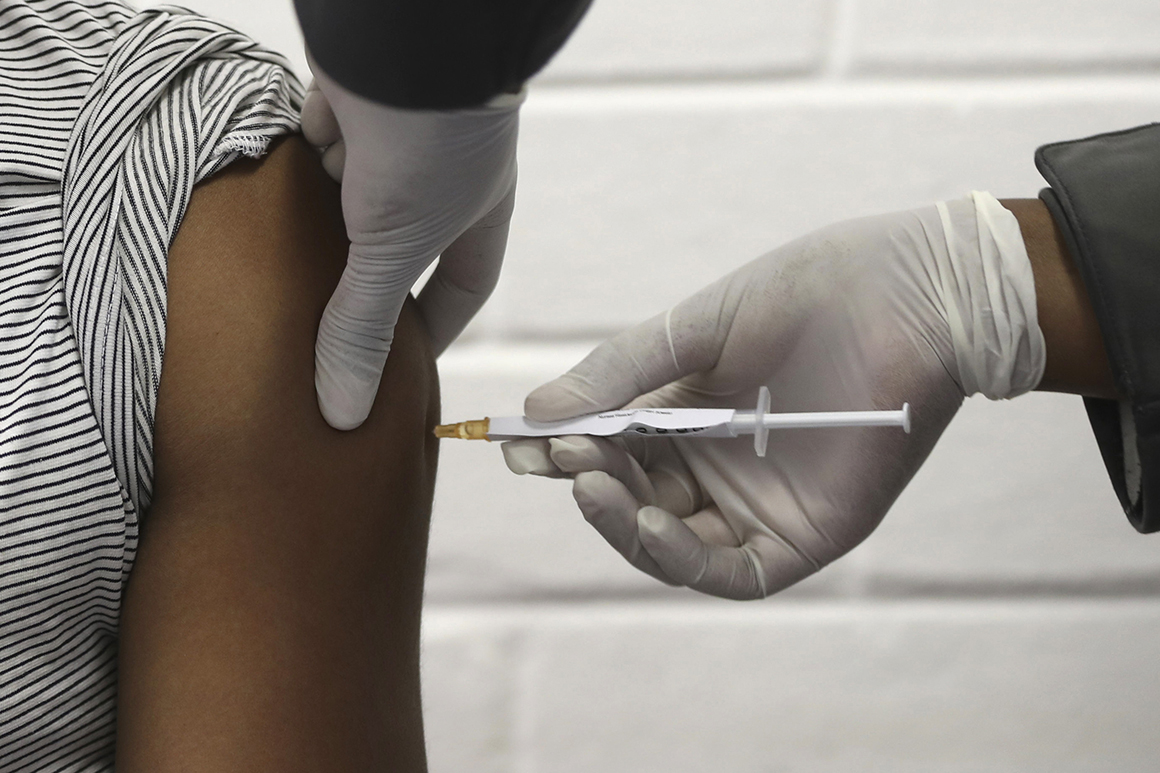 The results of a combined Phase I/II trial in July reported no serious safety issues and showed that the vaccine produced neutralizing antibodies in those tested—an outcome that was deemed “encouraging” and “promising.” “This is very positive news. A huge well done to our brilliant, world-leading scientists & researchers at @UniofOxford,” tweeted British Prime Minister Boris Johnson before adding: “There are no guarantees.”

But the vaccine had its skeptics, too. Nasal swabs showed the monkeys from the first test still had the virus in their nose, meaning they might still be able to spread the virus to others, and their neutralizing antibody count was quite low. In a Forbes article, former Harvard Medical School professor and prominent cancer and HIV researcher William Haseltine argued the Jenner Institute researchers didn’t have the data to support their claim that their vaccine protected the monkeys. “Time will tell if [proceeding to human trials] is the best approach,” he wrote. “I wouldn’t bet on it.” The Phase I/II trial, meanwhile, reported levels of neutralizing antibodies comparable to those seen in recovered Covid-19 patients, but lower than those generated by other vaccine candidates. And the scientists administering the trial tested only 35 participants for antibodies out of 543 who had received the vaccine.

It was too early, scientists cautioned, to know whether this vaccine, or any other, was effective or safe. Incremental and early trial data might bump up stock prices, or even land a government contract, but it can’t predict the future.

The final determination would come only at the end of large Phase III trials, which AstraZeneca began in the U.S. in late August. (The company began smaller Phase II/III trial in Britain, Brazil and South Africa in July.) Today, there are nine other vaccines currently in the Phase III stage—with no definitive results yet. “Let’s be clear: No one knows anything” about the specifics of the vaccine timeline right now, says Zeke Emanuel, former Obama adviser and chair of the Department of Medical Ethics and Health Policy at the University of Pennsylvania. “We’re all bullshitting.”

That doesn’t mean that governments shouldn’t be dealing for doses or investing in vaccine projects—that is no doubt why the Covid-19 vaccine process is unfolding historically fast. But scientists have worried that all the vaccine hype could push politicians to cut off the normal scientific process too soon. While Dr. Anthony Fauci and other top U.S. government health officials insist the U.S. will not rush science, President Donald Trump continues to agitate scientists with his rosy vaccine predictions, now a keystone of his reelection campaign, that the U.S. will have a vaccine ready by Election Day; just last month the Financial Times reported the Trump administration was considering fast-tracking approval of the Oxford vaccine if results from a 10,000-person late-stage clinical trial looked promising, rather than waiting until the 30,000-person Phase III U.S. trial was complete. (AstraZeneca said it had not discussed this with the Trump administration.)

But the news of AstraZeneca’s pause seems to have relaxed scientists a bit, confirming that drug companies are proceeding with caution and not neglecting safety even as they’re under pressure from governments to produce. It even soothed some early skeptics of the Oxford team’s bravado.

“This is a hopeful sign that the organizations (both the private sector sponsors and the regulators) are taking their responsibilities seriously,” wrote Kinch in an email, adding that it would be premature to presume the vaccine is toxic. “The fact that the trial was halted, despite the considerable pressure to push on, is a good sign that the system is working as it normally does.”

At the same time, some see the incident as confirmation that Phase III vaccine trials must not be cut short before the full 30,000 people have been enrolled—even if a vaccine has already been shown to be effective.

Consider the Oxford trial, which was scheduled to give 20,000 people the vaccine and 10,000 a placebo. To determine effectiveness—that is, whether inoculation protects against severe Covid-19—enough of the placebo patients need to get very sick to show that there is a statistically significant difference between the two groups. That takes a total of only about 150 Covid-19 cases—a threshold that can be reached fairly quickly, especially while a virus is still widespread. It could happen before all 30,000 people have been enrolled in the trial.

But stopping too soon might mean a failure to catch rare side effects. “What many of us are afraid of is that the FDA will find an efficacy signal before the enrollment of the 30,000 has completed,” Frieden says, “and then they will approve it for at least some groups” with an Emergency Use Authorization. “It’s much easier to document efficacy than it is to document safety,” he cautions.

So, what’s next for the Oxford vaccine? This is the second time that AstraZeneca has paused trials for safety reasons; in the first case, the participant was eventually diagnosed with multiple sclerosis, deemed to be unrelated to the vaccine. But this second incident might prompt reconsideration of that last case.

“This is routine,” says Michael Mina, professor of epidemiology at Harvard T. H. Chan School of Public Health, referring to pauses in vaccine trials. “But these also are the ‘routine’ items that can cause a vaccine to tank—which is why we focus so intently on safety at this stage … We just don’t have enough information to know what to make of this.”

“However, transverse myelitis is both rare and a complication that can arise from … vaccines,” he adds.

If the illness is found to be unrelated, AstraZeneca’s trials will continue. The company’s CEO said Thursday that its vaccine could still be ready by the end of the year. If the vaccine did cause the illness, experts guess, AstraZeneca will cancel its trials and retire the vaccine. It is theoretically possible for a company to seek approval of, and for the FDA to approve, a vaccine that carries a very rare, severe side effect. But that’s extremely unlikely. “The reputational damage to a company could be fierce,” says Kinch.

“Even if it’s not a regulatory death sentence, it’s a public trust one,” adds Emanuel.

If this vaccine is shown to be toxic, that isn’t a reason to panic. There are over 200 in development, and most experts are confident that at least several are likely to work.

Whatever happens, scientists say, this is a reminder that vaccine developers can never predict how safe their vaccine is going to be. Emanuel mentioned Maurice Hilleman—a famed microbiologist who created over 40 vaccines in his career, saving countless lives: “He used to say he didn’t sleep comfortably about the safety of one of those vaccines until 3 million people had the vaccine.”

Offit says he didn’t discover a rare, serious side effect of his rotavirus vaccine until after the FDA had approved it. His Phase III trial had enrolled 72,000 infants in 11 countries and had taken four years to complete. The vaccine is still used—because it saves many more lives than it takes. But the experience taught him a lesson: “The road is often lined with tragedy. There’s often a human price.”