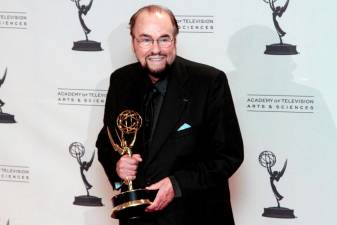 JAMES Lipton, the creator and host of the long-running U.S. television show “Inside the Actors Studio” has died at the age of 93, his wife told The Hollywood Reporter and celebrity website TMZ on March 2.

Lipton, who hosted in depth interviews with hundreds of Hollywood stars for more than 20 years, died on Monday at his home in New York of bladder cancer, his wife Kedakai Turner told the two entertainment outlets.

Lipton created the show in 1994 and retired as host in 2018, but it continues with other hosts.

Ovation television, which has broadcast the show since 2019 after a long run on Bravo, said on Twitter: “We’ll miss him dearly, but we wish him peace as he arrives at those pearly gates.”

His interviews ended with a list of rapid fire questions, including “If heaven exists, what would you like to hear God say when you arrive at the pearly gates?” and “What is your favorite curse word?”

“I’m sure he would like to be remembered as someone who loved what he did and had tremendous respect for all the people he worked with,” Turner told TMZ on March 2. – Reuters