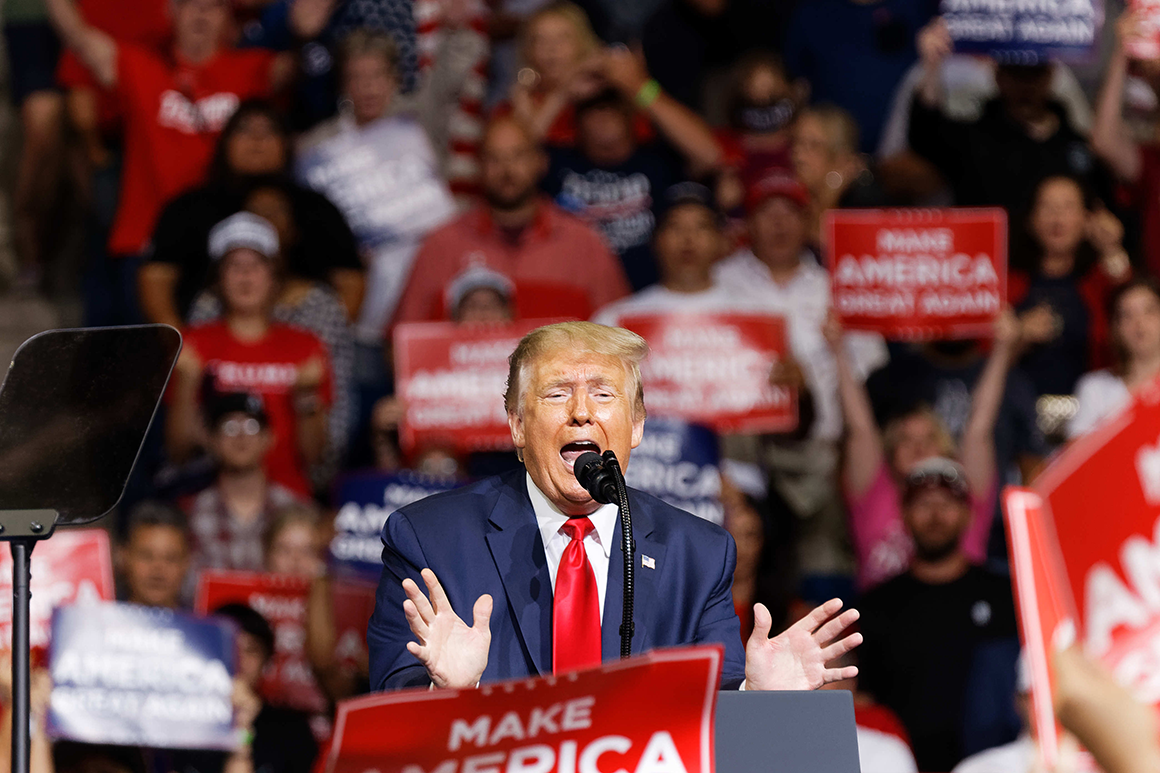 In the days leading up to the rally, campaign and White House officials crafted a speech that focused on portraying Biden as mentally diminished and beholden to the liberal fringe.

Trump delivered the anti-Biden script on stage, yet it was his digressions — defending his water-drinking and ramp-walking abilities, referring to coronavirus as “Kung Flu,” and noting that he told his staff to “slow” down coronavirus testing to head off spikes in reported cases — that ended up driving post-rally headlines. Trump aides said later he was joking about the testing slowdown and was trying to illustrate his point that more testing reveals more cases.

“They test and they test. We had tests that people don’t know what’s going on. We got tests. We got another one over here, the young man’s 10 years old. He’s got the sniffles. He’ll recover in about 15 minutes. That’s the case,” Trump said during the speech.

Party officials say the Oklahoma mishap has scrambled plans for future arena-style rallies. One idea is to hold smaller events at outdoor venues like airport hangars or amphitheaters. There’s also discussion of holding them in non-urban areas to make it harder for protesters to gather en masse.

But with Trump trailing badly in an array of battleground states, some aides are beginning to wonder whether the Oklahoma snafu portends bigger changes. Some recalled that George Gigicos, an alum of Trump’s first campaign who oversaw the staging of the rallies, was fired after Trump expressed unhappiness with how a 2017 event in Phoenix went.

Rumors of a potential shakeup have hung over the Trump campaign for weeks. Many directed blame toward campaign manager Brad Parscale in the aftermath of the Saturday night rally, though Trump aides insisted no change was forthcoming. Parscale is close to the president and Trump son-in-law Jared Kushner, who has broad power over the reelection apparatus.

But after months of being stuck in the White House, some got the sense Trump was relieved to get back in front of a crowd — even one a lot smaller than planned.

Rep. Tom Cole (R-Okla.), who traveled to and from the rally with Trump aboard Air Force One, said the president spent part of the trip home quizzing people on how things had gone.

“I think he thought, ‘Well this is a good start. We’ll go from here,” said Cole. “I think he’s ready to get on the campaign trail. You get better as you go along, and that’s the way he probably looks at it.”