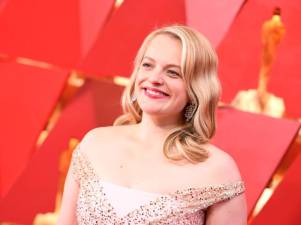 ENOUGH viewers saw The Invisible Man this weekend to propel it to the top of the North American box office, with an estimated US$ 28.9 million in ticket sales, industry watcher Exhibitor Relations reported on March 1.

That result for the Friday-to-Sunday period more than justified Universal’s bet on a remake of the famous H.G. Wells story – the studio spent a mere US$ 7 million to produce the film, which has already taken in $ 20 million overseas and drawn strong reviews.

The thriller stars the visibly talented Elisabeth Moss as the ex-girlfriend of a man (British actor Oliver Jackson-Cohen) who seems to return to haunt her after supposedly committing suicide.

Slipping from the top spot in its third week out was Paramount’s adventure comedy Sonic the Hedgehog, at US$ 16 million. Jim Carrey stars as the villainous Dr. Robotnik in the video-game-based film.

In third place was 20th Century’s The Call of the Wild, starring Harrison Ford, at US$ 13.2 million. The story is loosely based on the Jack London classic, set in the wilds of Alaska and Canada’s Klondike region.

Fourth spot went to a new Japanese manga film, My Hero Academia, from Funimation, at US$ 5.1 million. It tells the story of a young boy, often bullied, who finds his way into a prestigious high school for superheroes-in-training.

And in fifth, still strong in its seventh week out, was Sony’s Bad Boys for Life, at US$ 4.3 million. The action comedy, starring Will Smith and Martin Lawrence, has passed the $ 400 million mark worldwide.