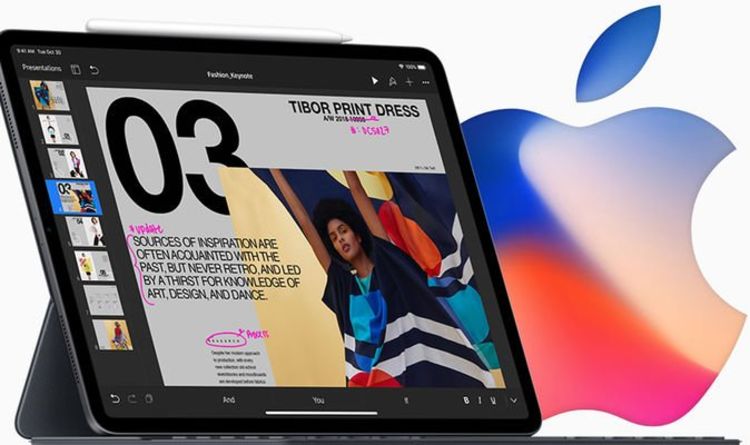 Huawei is developing a brand-new tablet known as MatePad Pro, according to longtime leaker Evan Blass.

The tipster unearthed an alleged image of the tablet and shared it on Twitter. The device shown in the images looks remarkably similar to Apple’s iPad Pro, complete with keyboard and pen accessories.

Most notably though, the device has tiny bezels bordering its display – so small, in fact, that it seems they won’t be thick enough to house a front-facing camera. Instead, the tablet was shown with a circular hole punch style cutout within its display à la Samsung Galaxy S10, but on a much larger scale of course.

The image shown by Blass appeared to have been corroborated by renders from 91Mobiles. The Indian publication showed the hardware from all angles and claimed it will be available in both black and white finishes.

Citing a “reliable source”, the outlet said the hardware will support a smart magnetic keyboard as well as Huawei’s M-Pen stylus. There was no physical fingerprint shown on the device, suggesting Huawei could leverage an in-display reader for unlocking.

The rear of the tablet was exhibited with a pill-shaped camera module that will supposedly house two cameras and a flash. Renders showed the sensors protruding from the device, so it’ll probably rock slightly when placed on a flat surface.

Elsewhere, the Huawei tablet was shown with a USB-C port and two speaker grills on its bottom. 91Mobiles said it’s “uncertain” if the MatePad Pro will boast a headphone jack.

Finally, it was speculated the iPad Pro challenger will come packing Huawei’s latest Kirin 90 chipset, up to 8GB of RAM and up to 256GB of storage.

If Huawei is indeed planning to release a souped-up tablet to compete with the iPad Pro, there are certainly questions surrounding the operating system it’ll run.

The Chinese tech giant has its own software – called Harmony OS – in the works that could be leveraged. But it’s also possible the tablet will run Google’s Android operating system.

Either way, it’s not expected the tablet will have access to any Google apps or services, just like Huawei’s new Mate 30 Pro smartphone, due to a US trade ban.

It’s unclear when Huawei could take the wraps off its latest tablet, but Express.co.uk will update you if and when it does.