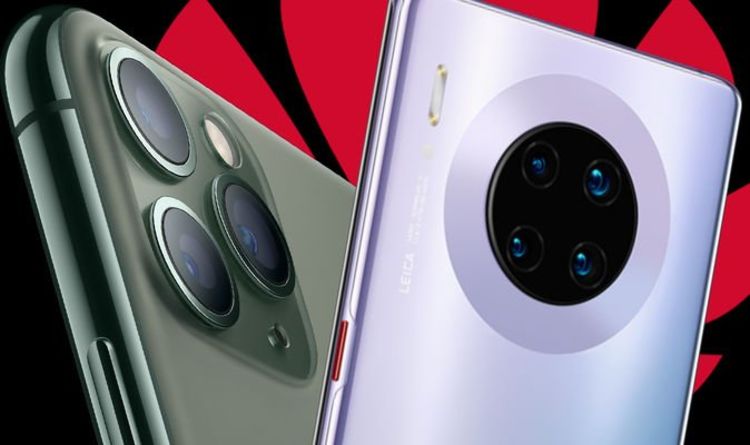 Apple’s iPhone 11 Pro is now regarded as one of the very best smartphone snappers on the planet.

This device comes with a primary camera, a telephoto and an ultra wide-angle that are each 12-megapixels. Of course, the device isn’t all about the hardware, there’s a ton of software ticking along behind the scenes, too.

Apple’s new flagship has three software staples: Smart HDR, Deep Fusion and night mode. In a nutshell, Smart HDR will make sure photos taken outdoors aren’t blown out and that shadows are brightened up and feature more detail overall.

As the name suggests, night mode is leveraged when light is scarce – it works by taking a longer exposure that gives the iPhone 11 precious time to take multiple photos at varying exposures before stitching them all together.

Although Apple has crammed the iPhone 11 Pro with new camera hardware and software, it may not match the photographic prowess of Huawei’s Mate 30 Pro, according to DxOMark.

Who are DxOMark you ask? Well, they’re a publication based in Paris that are renowned for conducting meticulous smartphone camera tests and awarding a final numbered score based on performance.

The outlet has finally issued its verdict for Apple’s iPhone 11 Pro. The device was handed a figure of 117 – that’s a hight a score but it hasn’t beaten Huawei’s Mate 30 Pro that sits joint first in its rankings with 121.

DxOMark praised the iPhone 11 Pro for its superb still image quality and video capabilities. However, the publication insisted the device is outclassed by the Mate 30 Pro in low-light, most likely because Huawei’s device has a much larger sensor overall.

DxOMark said: “With an overall DxOMark Camera score of 117, the Apple iPhone 11 Pro Max secures itself a top 5 position in our current ranking. Its Photo score of 124 puts it among the best for still images, and it shares the top spot for Video with the Xiaomi Mi CC9 Pro Premium Edition.

“The camera performed very well in our tests in pretty much all areas, but some challenges remain. Still images generally show very good exposure. Dynamic range is very wide in bright light and under indoor conditions, but some highlight clipping is still visible in very difficult scenes.

“Overall, the iPhone is among the very best for exposure; it’s only in very low light when can’t keep up with devices with larger image sensors, such as the Huawei Mate 30 Pro. Like previous iPhone generations, the 11 Pro Max also scores very well for colour and is among the best in this category in all light conditions.

“A slightly greenish cast is visible in some indoor scenes and in our lab tests, but overall colour tends to be very pleasant: a slight yellow cast gives some scenes a warm feel and works very well for skin tones in portraits.”

Even though DxOMark claims the Mate 30 Pro has a better camera system overall, the iPhone 11 Pro remains the only phone of the two you can buy right now.

Although Huawei revealed the Mate 30 Pro at a glitzy hardware event in September, its European release remains elusive. There’s currently no word on when it’ll finally arrive.

The US’s trade ban on Huawei is the most likely to blame for the delayed release. This prevents Google from granting the Mate 30 Pro an Android licence, therefore the device can’t come pre-installed with Google apps and services like the Play Store, Gmail, Chrome and Google Maps.