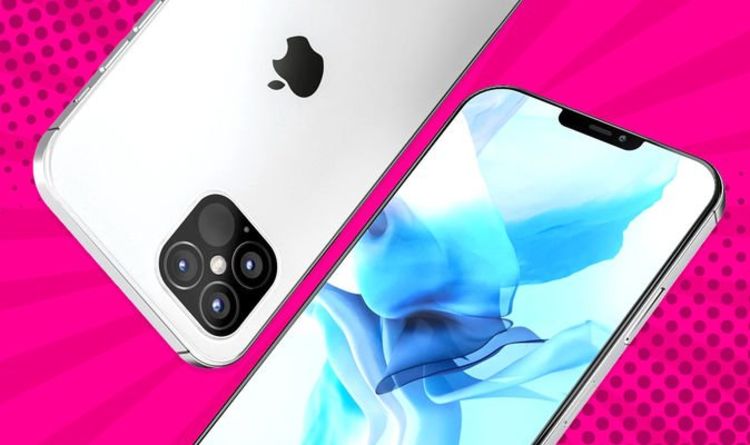 Apple has announced its next hardware showcase, which will be held on Tuesday, October 13, 2020. Advertised with the tagline “Hi, Speed”, most Apple watchers believe this cryptic clue refers to the speed of the new processor, the A14 Bionic, that’ll be found under the bonnet of the next iPhone models. Technically, Apple has already announced this new custom-designed chipset – as a slightly tweaked version of the silicon features in the redesigned iPad Air announced during its event last month.

With the iPad Air scheduled to launch this month, it’s possible both the supercharged new tablet and superfast new iPhone will launch within days of one another. As well as faster performance – handy for processor-intensive tasks like Augmented Reality (AR), photo and video editing, and top tier mobile games – Apple is expected to highlight the efficiency of its new processor, which should match the impressive battery life of the iPhone 11 and iPhone 11 Pro, despite some power-hungry new features.

So, what exactly are those new features? And aside from some speedy new silicon… what can we expect to see in the iPhone 12 range?

First off, Apple is rumoured to bring support for superfast 5G mobile data speeds with all of its new iPhone models. With 5G fast-becoming available in more and more affordable Android rivals – like the excellent OnePlus Nord and Motorola Moto 5G Plus – it might impact sales if Apple doesn’t future-proof its costlier handsets with support for these faster mobile downloads.

For those who don’t know, 5G offers some seriously fast download speeds. In our tests, we’ve clocked up between 300-500Mbps. Given that the average UK broadband speed is a lowly 64Mbps, you’ll be better off downloading that Netflix series at the airport using your mobile data connection compared to the night before your next trip on the home Wi-Fi connection. Yes, it’s that good. But 5G isn’t only about speed – the next-generation connection is able to maintain your speeds even in the most crowded areas.

So, losing connection in crowded concerts and stadiums should be a thing of the past.

However, something that seemingly will not be futureproofed is the display, which will reportedly stick with the same 60Hz refresh rate to preserve battery life (the addition of 5G and a high refresh-rate was too much for the battery cell, reports suggest). That’s a little disappointing given that almost every flagship Android rival now touts a 120Hz display, which offers smoother system animations, a more responsive touchscreen, and faster-paced gameplay.

Of course, Apple knows this. The US company well-versed with the benefits of a 120Hz panel as it has included one in its top-tier iPad Pro models since June 2017.

According to the latest whispers, this could be one of the biggest iPhone launches ever. Apple is widely-tipped to unveil four new models. For the last few years, Apple has offered three new variants – two screen size options in its top-tier “Pro” series, and a single more affordable handset. This time around, it seems Apple will add another option for those shopping for the affordable iPhone model.

Apple has enjoyed huge success with the introduction of the more affordable iPhone Xr and its successor iPhone 11, which both consistently outsold their pricier “Pro” options in the year they were launched. While both of these handsets have a similar all-screen design to the flagship models, with Face ID and the latest-generation Apple-designed chipset under the bonnet, Apple cuts some corners with the camera, water resistance, and display quality.

These models also ship with a slower wired charger, compared to the fast-charger bundled with the iPhone 11 Pro models.

With the latest refresh, Apple looks to remove one of the biggest differentiators between the affordable and £999+ models: the screen. According to rumours, all four of the latest iPhone models will use OLED panels – ditching the LCD technology found on the iPhone 11. OLED offers more vibrant colours, brighter whites, cavernous blacks. Better yet, OLED panels conserve battery life when using software features like Dark Mode – something that’s not possible with LCD.

Apple is expected to refresh the industrial design of all four iPhone models.

Gone will be the soft curved corners that have characterised the best-selling smartphone series since the introduction of the iPhone 6 and iPhone 6 Plus back in September 2014. Instead, Apple is widely-expected to return to an angular aesthetic with flat edges and sharper corners, like those found on the iPhone 4 and seen recently in the iPad Pro redesign. Whether the Apple Watch follows the same move away from gentle curves to more geometric angles remains to be seen.

And it’s not only the design that will link the iPad Pro and the new iPhones. Apple will seemingly bring the LiDAR depth-sensing technology introduced to the flagship tablet earlier this year to the next iPhone in order to boost the bokeh-style effect in its Portrait Mode images as well as Augmented Reality (AR) applications.

A smaller Face ID facial recognition scanner to allow the Californian firm to squeeze in a little more screen real estate is also likely, sources say. Whether this reworked Face ID kit only makes it way to the iPhone 12 Pro, rather than the iPhone 12 remains to be seen.

And finally, Apple is expected to drop the wall plug and the wired headphones from the box of all its upcoming iPhone models.