Iran alert: Tehran attacks the US for 'reckless addiction' to sanctions as tensions flare 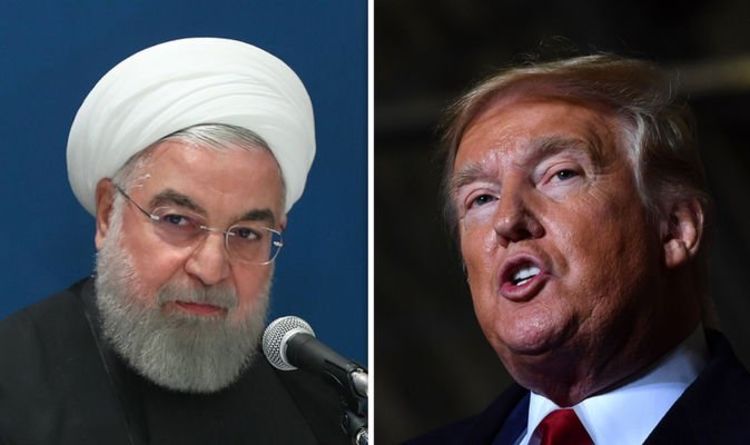 The United States withdrew from the Joint Comprehensive Plan of Action in 2018 which has led to relations between the two diminishing rapidly. Furthermore, the US has imposed severe sanctions on Iran’s economy.

Iran’s Foreign Minister Mohammad Javad Zarif has constantly accused Washington of economic terrorism and has done so once again.

Today, Mr Zarif said: “The US’ approach to sanctions betrays a pathological and reckless addiction—a condition that renders no bounds or boundary to what the US may or may not do.

“And this addictive behaviour affects friends and foes alike, unless collectively pushed back.”

His remarks came soon after Iran’s ambassador to the United Nations, Majid Takht-Ravanchi said the sanctions were having a serious effect on the lives of Iranian citizens.

At the UN Security Council meeting said: “What the US sanctions are intended to do is ‘collective punishment’ of the general public, which is prohibited even in armed conflicts.”

With both states at a current standoff, Saudi Prince Turki al Faisal warned a conflict in the Middle East could lead to “universal destruction”.

The Islamic Republic has been accused of supplying ballistic missiles to be used against its rivals in the region in a joint report by Saudia Arabia and the US.

Speaking to Sky News, Prince al Faisal said: “We have seen no sign from Iran that they are pulling back on their very negative and provocative military posture.

“Not just towards Saudi Arabia but also the rest of the countries in the area.”

Questioned over his concern for the potential of a conflict between the US and Iran, the Prince warned it would be a devastating conflict.

“Nobody wants war, that’s for sure because nobody would be a winner in a military conflict.

“The destruction would be universal.”

The country’s defence ministry reported at the time that Iran had used droned to target its Abqaiq oil facility and the Khurais oil field.

Such was the severity of the attacks that it knocked out half the kingdom’s oil production.

At the time, a defence ministry spokesman, Turki al-Malki said: “This attack did not originate from Yemen.

“Despite Iran’s best efforts to make it appear so, their collaboration with their proxy in the region to create this false narrative is clear.

“The attack was launched from the north and was unquestionably sponsored by Iran.”