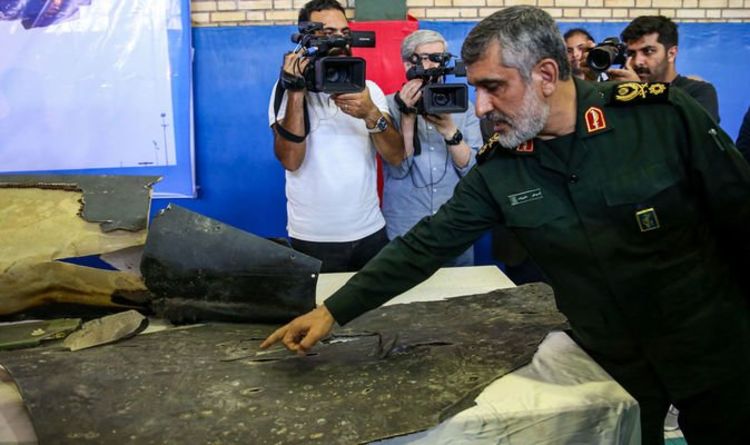 According to the US Fifth Fleet, based in the Persian Gulf, the drone hit debris during its accession leading to major damage to its port side. The Hawk systems are believed to have either been flown into Libya or taken by sea. The incident is thought to have caused at least $ 2 million (£1.5 million) in damage to the unmanned ship. This is classed as a category of Class A mishap.

The navy didn’t give a specific price tag for the repairs – but it is reported they paid $ 23 million (£17 million) for the drone, which is one of the navy’s most advanced and costly unmanned aerial vehicles.

In a statement released on Thursday, the US navy said an RQ-4A Broad Area Maritime Surveillance Demonstrator (BAMS-D) “struck foreign object debris (FOD) during takeoff while supporting operations in the U.S. Fifth Fleet area of responsibility” on November 26.

No personnel were injured, but the incident “resulted in damage to the port side of the aircraft”.

The US navy had modified five of the drone models, also known as Global Hawks.

They do not fly from a carrier and have a 130-foot wingspan.

They can remain in flight for up to 30 hours, potentially covering around 9,000 miles, hitting 65,000 feet in height.

One of the drones was shot down by Iran’s Revolutionary Guard in June, in circumstances which are still contested.

This left the navy with only two more its original fleet, according to Newsweek.

The magazine reported that the Pentagon was having second thoughts about the drones, and that the US air force was looking to retire 21 of its own 35 RQ-4 Global Hawks.

The news comes as the relations between the US and Iran tipped boiling point as Iran confirmed wide scale air drills, simulating a potential aerial invasion, were held across an area roughly the same size as California in the northern province of Semnan.

Iranian Army Air Defence Brigadier General Alireza Sabahifard told Newsweek his forces will “practice the toughest and most realistic combat conditions” and that the war games would take place especially in the Strait of Hormuz.