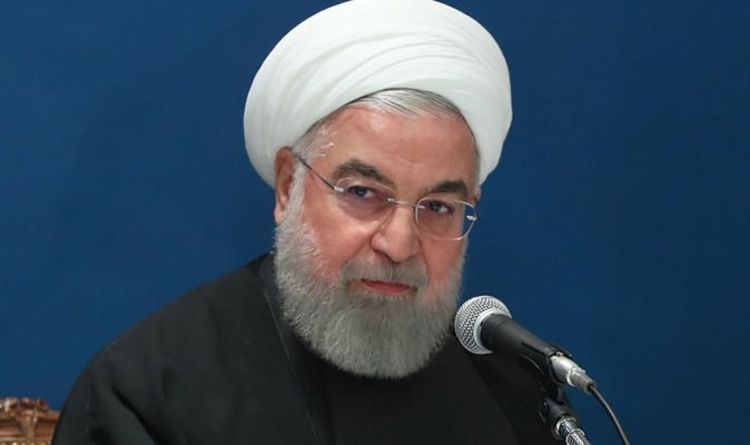 Foreign Secretary Dominic Raab told the House of Commons the DRM was being triggered because Iran had “undermined” the objective and purpose of the JCPOA. He said: “Time and time again we have expressed out serious concerns to Iran and have urged it to come back into compliance.” Mr Raab told claimed the first step is to call a joint meeting of the commission.

It comes as Iran announced it would refuse to comply with any of the restrictions the JCPOA had placed on the country’s nuclear programme.

The DRM is the mechanism to resolve disputes between parties.

Mr Raab said the UK, alongside its partners, will use this to “press Iran back into full compliance with its commitments and honour an agreement that is in all of our interest”.

The Foreign Secretary added: “We are triggering the DRM to enforce the diplomatic track not to abandon it.”

He went on to say the UK, France and Germany will “remain committed to the deal an approach the DRM in good faith”.

Mr Raab reiterated his previous points that Iran’s Government has a choice.

He said: “The regime can take steps to de-escalate tension and adhere to the basic rule of international law or sink deeper and deeper into political and economic isolation”.

JUST IN: Boris Johnson urges for ‘flawed’ Iran nuclear deal to be REPLACED

The Foreign Secretary claimed the trigger would be a test for Iran and its “intentions of good will”.

Mr Raab added: “We urge Iran to work with us to save the deal.

“We urge Iran to see this as an opportunity to reassure the world that its nuclear intentions are exclusively peaceful.

“And we urge the Iranian Government to choose an alternative path and engage in the diplomacy and negotiation to resolve the full range its activities that flout international law and destabilise the region.

Mr Raab went on to highlight the UK’s “disappoint” in the US for withdrawing from the JCPOA agreement in May 2018.

The Prime Minister urged Donald Trump to conclude his nuclear deal with Tehran to replace the JCPOA.

Shadow Foreign Secretary Emily Thornberry commented it was “deeply disturbing” to see Iran join the US in flouting its terms.

She backed Mr Raab, saying she “firmly agreed” with the action being taken.

She said: “I agree with their determination to ensure that Iran never develops a nuclear weapon.