Iran crisis: Voters DIVIDED over sending troops to fight with US as Tehran tensions soar 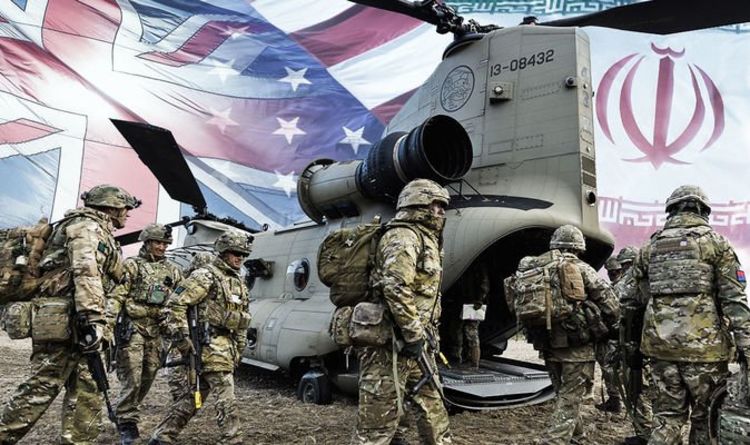 Up to 48 percent said they would support British military action over Iran, amounting to 3,614 participants in the exclusive Express.co.uk poll. This is in comparison to 46 percent who disagreed, believing the UK should absolutely stay out of tensions between the US and Iran. This was 3,492 people in the poll.

Up to 456 readers clicked the ‘don’t know’ option, amounting to six percent.

Comments were also divided on the matter.

Another added: “Do I want our forces involved? NO.

“But if it happens, then we all should support our forces.”

Another added: “Depends on what we are fighting for! And this time I would expect MPs to put themselves on the line also, none of that…about fallen soldiers ‘names never being forgotten’.

“The smug yap from those in Parliament quaffing champagne while feigning commiseration, using it as an excuse to bolster their own approval ratings was sickening!”

General Soleimani and Mr al-Muhandis had been travelling in a two-vehicle convey which was struck by three missiles from an MQ-9 Reaper Drone, ordered by President Trump.

The attack has sent shockwaves throughout the world, with Iranian President Hassan Rouhani, Iran-backed terror group Hezbollah and the Iranian revolutionary guards, all issuing threats to the US.

General Soleimani’s daughter Zeinab also issued a direct threat to the US military, as she addressed hundreds of thousands of mourners who had gathered for the funeral procession in Iran on Sunday.

She told the huge crowds: “The families of the American soldiers in western Asia will spend their days waiting for the death of their children.”