Iran on the brink: Ex-Trump aide exposes exactly why US... 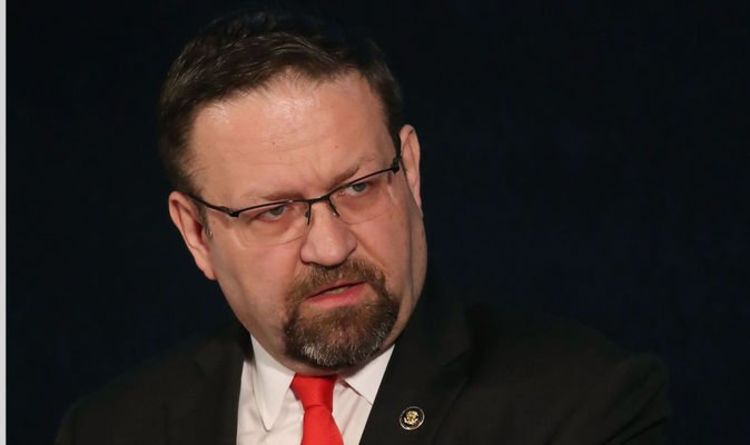 Dr Sebastian Gorka worked as Deputy Assistant to the US President in 2017 and was commenting on Trump’s decision to authorise the killing of Iran’s top military general Qasem Solemanei last Friday. In an exclusive interview with Express.co.uk the host of AMERICA First said: “They have been at war with us since they invaded the sovereign territory of our embassy in 1979 and held 52 Americans hostage for 455 days. They started this war. President Trump will finish it.”

Dr Gorka was referencing the Iranian Revolution of 1979, when the Shah of Iran was overthrown by Ayatollah Ruhollah Khomeini and his supporters.

Student supporters of Khomenei seized 52 American diplomats and citizens, who were held hostage from November 4 1979 to January 20, 1981.

The hostages were released just minutes after American President Ronald Reagan was sworn into office.

Dr Gorka dismissed criticisms that the US President had acted recklessly and without properly thinking through the consequences.

Democratic 2020 frontrunner Joe Biden, in particular, accused Trump of having “tossed a stick of dynamite into a tinderbox” and owed Americans an explanation of the strategy and plan to keep US troops safe.

In response, Dr Gorka said: “Biden’s comment is moronic, or worse, given that we know Soleimani was responsible for the deaths of at least 603 US servicemen and women.

He insisted that the world had become a safer place as a result of the general’s death and that he deserved to die.

He explained: “This is the man who masterminded Iran’s terrorist attacks on six continents for the last three decades.

“He deserved to die and he had to be killed right now given that the President just received “exquisite intelligence” that Soleimani was planning multiple attacks in three countries that would have taken hundreds of more American lives.”

The author of War for America’s Soul accused Mr Biden of lacking judgement when it came to foreign policy issues, referring to a memoir written by President Obama’s former Defence Secretary Robert Gates.

Mr Gates wrote in his book that former Vice President Biden “had been wrong on nearly every major foreign policy and national security issue over the past four decades.”

Earlier in the week US Secretary of State Mike Pompeo blamed the “appeasement” policies of Barack Obama for the escalation in tensions with Iran.

Ivanka Trump terror: First Daughter threatened by Soleimani followers [Update]
Iran latest: How many US troops are in Middle East?  [Analysis]
WW3 news: How has the world responded to the US-Iran conflict? [Latest]

Former US President Barack Obama agreed a deal with Iran in 2015 over its nuclear programme, which became known as the Joint Comprehensive Plan of Action (JCPOA).

China, France, Russia, the UK , Germany and the EU were also signatories to the deal, under the terms of which Iran consented to limit its sensitive nuclear activities and allow in international inspectors in return for the lifting of crippling economic sanctions.

In May 2018, Donald Trump unilaterally pulled the US out of the agreement and reimposed punitive sanctions on Iran.

He said: “Iran is the largest state-sponsor of terrorism in the world, and has been for decades.

“As part of the disastrous JCPOA Iran deal, Obama released more than $ 140 billion dollars to the murderous Mullahs of Iran.