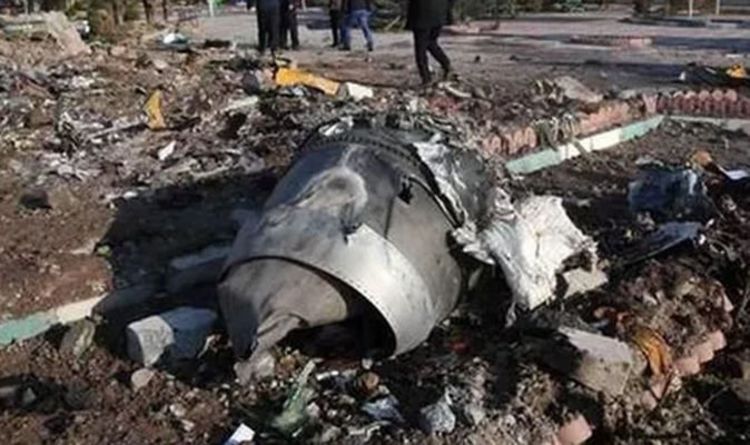 The recording, broadcast by a Ukrainian TV channel on Sunday night, has been acknowledged as genuine by Ukrainian President Volodymyr Zelensky and the head of the Iranian investigation team. The Ukrainian plane was struck down on January 8, killing all 176 people on board. Most of the victims were from Ukraine, 57 Canadians were also on board.

However, three days later the government admitted its forces had mistakenly shot down the plane.

Ukrainian President Volodymyr Zelensky said after the release of the recording that it “proves that the Iranian side knew from the start that our plane was hit by a missile”.

Iran has stopped co-operating with Ukraine in its investigation into the downing of the Ukrainian passenger jet.

In the recording, the pilot can be heard telling the control tower that he sees “lights like a missile” and a “very big explosion” in the recording.

The audio shows the pilot asked: “There is a series of lights on our route, like a missile. Is there something?”

Hassan Rezaifar, of Iran’s Civil Aviation Organization, said: “The technical investigation team of the Ukrainian airline crash, in a strange move, published the secret audio file of the communications of a pilot of a plane that was flying at the same time as the Ukrainian plane.

“This action by the Ukrainians led to us not sharing any more evidence with them.”