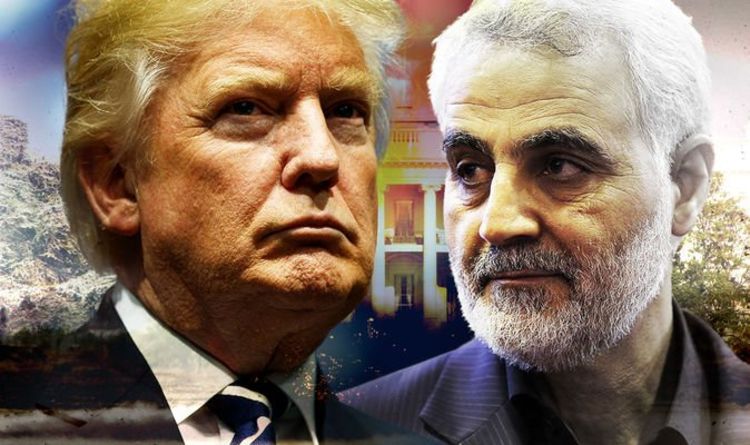 The warning came in response to Donald Trump’s threats to strike 52 Iranian targets. Iranian Labour News Agency claimed Iranian MP Abolfazl Abutorabi made the threats during an open session of parliament on Sunday. He said: “We can attack the White House itself, we can respond to them on the American soil.

The open session in Tehran on Sunday cam just days after Iranian military commander General Qassem Soleimani was killed in a US drone strike at Baghdad airport.

His body was flown to the city of Ahvaz in southwest Iran on Sunday following massive funeral marches in Iraq.

Scenes show a casket wrapped in an Iranian flag being unloaded from a plane as a military band played while crowds furiously chanted “Death to America”.

Major General Hossein Salami, Revolutionary Guards commander, promised “a strategic revenge which will definitely put an end to the US presence in the region”.

Trump vowed to hit 52 critical targets in Iran in retaliation, should Tehran strike any American interests in the region.

Upping the stakes, Iran said it identified 35 targets for potential strikes and raised its red “flags of revenge” over a major mosque.

Trump tweeted on Saturday from Mar-a-lago: “Let this serve as a WARNING that if Iran strikes any Americans, or American assets, we have targeted 52 Iranian sites (representing the 52 American hostages taken by Iran many years ago), some at a very high level & important to Iran & the Iranian culture, and those targets, and Iran itself, WILL BE HIT VERY FAST AND VERY HARD. The USA wants no more threats!”

He added: “Iran is talking very boldly about targeting certain USA assets as revenge for our ridding the world of their terrorist leader who had just killed an American, & badly wounded many others, not to mention all of the people he had killed over his lifetime, including recently hundreds of Iranian protesters.

World War 3: How does a World War start? How is it announced? [INSIGHT]
Macron PANIC: France in talks with Iraq to smooth over Iran crisis  [UPDATE]
Defcon issues special warning as tensions surge following airstrike [LATEST]

“He was already attacking our Embassy, and preparing for additional hits in other locations. Iran has been nothing but problems for many years.”

The President was accused of threatening to carry out “war crimes” after suggesting sites important to “Iranian culture” would be targeted.

His threat to target sites important to “Iranian culture” drew many accusations from critics that he was threatening to commit “war crimes”.

Earlier on Saturday, an Iranian official said at least 35 US targets, including warships and Tel Aviv, have been identified for retaliatory strikes.

A retaliation attack from Iran could be seen “within weeks” at home or abroad, a senior congressional staffer told Time magazine.

They said: “There is no indication that there is going to be a de-escalation in the near future. The only question is how bad is the retaliation going to be and where and what is it going to hit.”