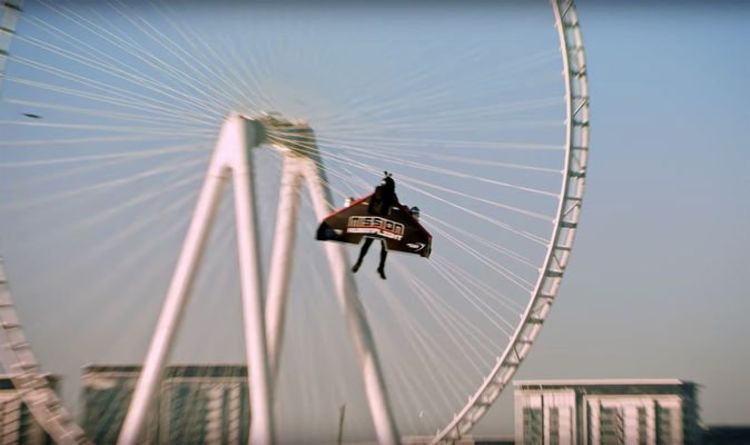 “It is another step in a long-term project. One of the next objectives is to land back on the ground after a flight at altitude, without needing to open a parachute. It’s being worked on.”

The carbon-fibre wingsuit is powered by four mini jet engines, and the team’s engineers were able to create a manually controlled thrust vectoring nozzle that allows pilots “to control rotations around the yaw axis at zero speeds.”

The yaw axis is perpendicular to the wings, allowing the pilot to turn left and right while flying horizontally.

Previous Jetman mission saw jetpack pilots jump out of a helicopter before engaging their engines.