Is this the end of Labour? Ex-aide exposes brutal flaw with party if Long Bailey wins 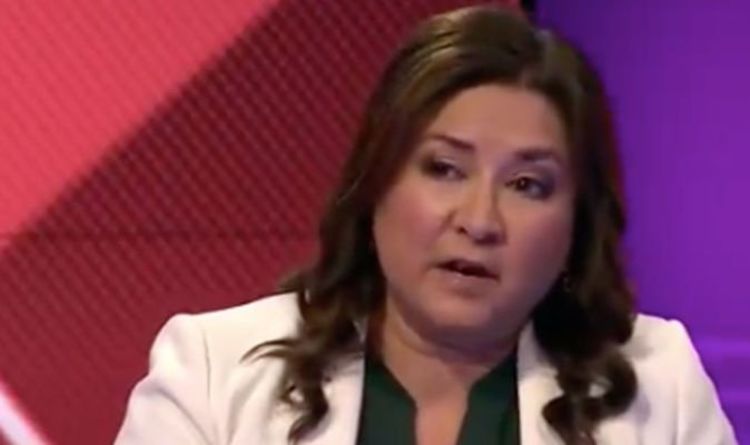 Ms Long Bailey is one of the five contenders vying for the top job and is currently the bookies’ second favourite to replace Jeremy Corbyn. She is seen as a committed “Corbynista” and the darling of the Left-wing of the party. However, Ayesha Hazarika, a former adviser to both Ed Miliband and Harriet Harma, has warned that if the Salford MP wins the leadership election, then the party is unlikely to win power for the foreseeable future.

Appearing on BBC’s Newsnight on Thursday, Ms Hazarika told Emma Barnett: “I do firmly believe that if Rebecca Long Bailey does win, then we are going to be in the political wilderness for a very, very long time.”

She added: “The Champagne corks will be popping at Tory HQ if Rebecca Long Bailey wins.

“There’s absolutely no doubt about that.”

Under Jeremy Corbyn, the Labour party achieved its worst election results since 1935, as it was decimated by Boris Johnson’s Tories.

Despite the shambolic performance of the party under Mr Corbyn, Ms Long Bailey scored the outgoing party leader “10 out of 10”, as she launched her bid to succeed him.

In a stern message to party members, who will play a key role in deciding who becomes the next leader, Ms Hazarika said: “But the key question I return to is this.

“Do you want the Labour Party to keep losing elections, or do you want us to start getting back on that path.”

One wrote: “Very accurate and even self aware for a Labour supporter.

“I couldn’t agree with your analysis more. End of Labour as a serious party.

“I’d be looking at a 2 figure number of Labour MP’s if they carry on like this, and the UK would need another party to hold the govt. to account.”

Another posted: “Yes you are so right. How can we educate momentum bonos?

“They are close to killing the party based on zealous blind religion.

“I am a life long socialist. But zero sympathy for monoculture called Momentum. Vote Jess Phillips if you want a fresh powerful Labour.”

ByInternational Trade Secretary Liz Truss signed a free trade agreement with Japan worth £15.2bn, hailing it as the dawn of a new era of...
Read more