Is Trump on track for an October vaccine surprise? 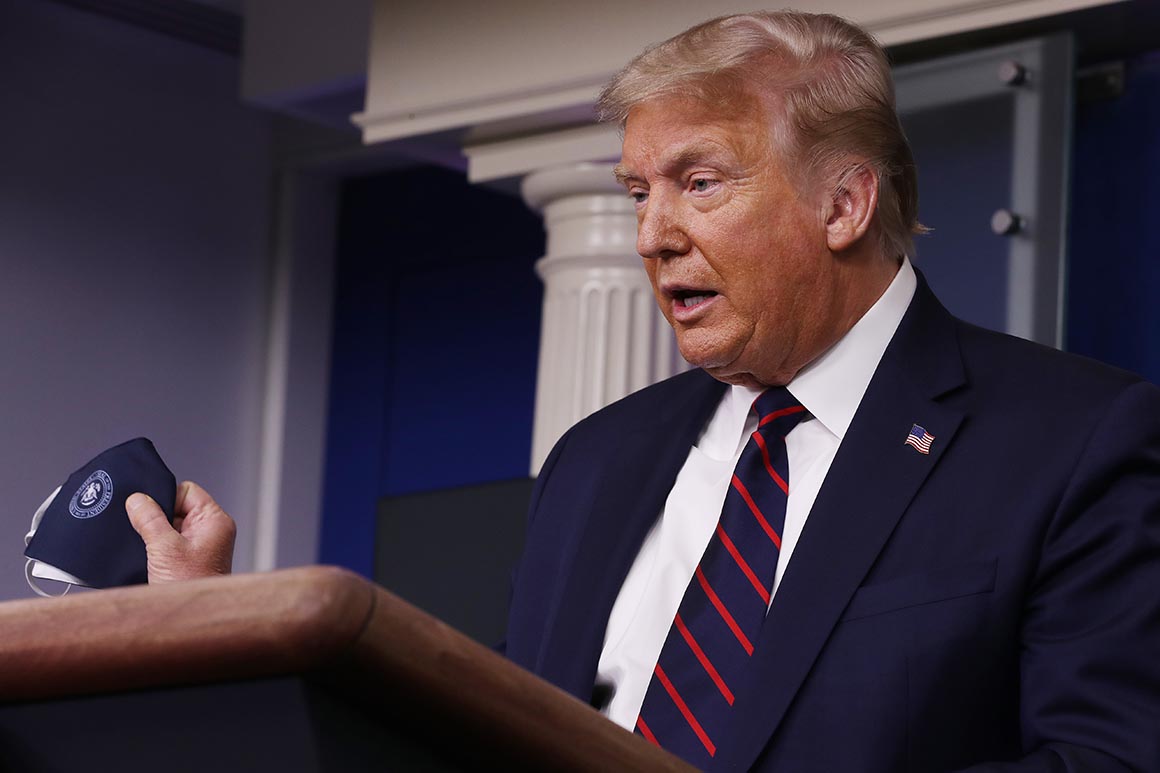 Keeping a focus on science, not politics, could be especially critical for a coronavirus vaccine, amid a search effort that’s drawn intense public interest and progressed at world-record speed. The fastest that scientists have developed a new vaccine to date is four years; if successful, a viable coronavirus shot could be found in less than one.

It’s a tribute to the unprecedented amount of companies and resources dedicated to the issue, vaccine experts said. But they also worried that the pace threatens to raise public skepticism of an eventual vaccine — a challenge that the administration has already contributed to by spending months promising a breakthrough by winter.

“I think the government was right to do Warp Speed — I just wish they called it something else,” Offit said, warning that the emphasis on producing a vaccine quickly risks casting doubt on its scientific underpinnings.

Offit — a member of a National Institutes of Health vaccine group that met recently with Warp Speed official and Army Lt. Gen. Paul Ostrowski — also described the government as treating Warp Speed like a “secret weapon,” and opting to shield much of its activities from the public.

Others stressed that the first round of coronavirus vaccines may not even end up being the most effective, leaving the U.S. still far from the all-encompassing “cure” that Trump has long promised.

“An amazing amount has been done in that short space of time, and so far, not much has gone wrong,” Moore said of the first six months of work toward a vaccine. “The hardest steps are probably still to come, all the timelines are rosy, and in the real world, very few things go quicker than planned.”

Scientists won’t know for months after distribution of an approved vaccine has begun whether it will prove effective over the long term, or if there are variations in how well it protects different people. Children, for example, won’t be included in any of the upcoming phase 3 trials. Older people have weaker immune systems, and they’re among the most vulnerable to the virus. A partially effective vaccine might not work for them.

All those uncertainties are at odds with the political incentive to declare victory over the virus.

“There is clearly a political goal for the president to say, ‘I’ve delivered a vaccine,’” said Barry Bloom, an infectious disease expert and public health professor at Harvard. “But we will not know in three months, or six months — by January — how long the antibodies last.”

Advisers to Trump in recent weeks have stressed those low odds that a vaccine will arrive in time to boost his candidacy, urging the president to refocus on more immediate steps and take a more active role in leading the pandemic fight.

“We’ve counseled him on that, and it’s not like he’s got his head in the sand on it,” said one campaign adviser, who nevertheless lamented Trump’s relative disinterest in the day-to-day response effort. “He looks at it like, Mike Pence has got it — Pence is handling it.”

Another Republican close to the administration chalked up the focus on a vaccine to internal divisions over how to manage the more pressing aspects of the response, making it easier to unite behind the idea that a shot will end the pandemic once and for all.

Trump has since returned to the White House briefing room after weeks of sliding poll numbers and rising caseloads, looking to seize back control of the administration’s response messaging. Still, as he took the podium on Wednesday, Trump returned to the prospect of a quick solution to the crisis.

“That would be great if we could go into the hospital and just cure people,” he said. “We think in a very short period of time we’ll be able to do that.”