ISIS leader Abu Bakr al-Baghdadi killed in US raid according... 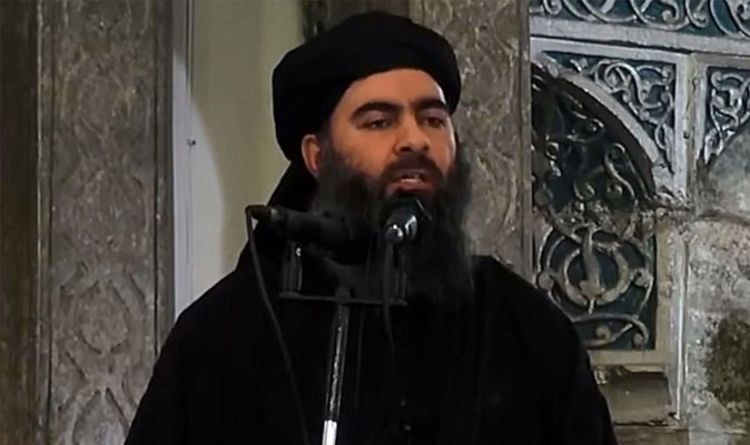 The US military conducted a special operations raid targeting the group’s leader. Newsweek report that a US Army source has told them al-Baghdadi was killed and the defence department in Washington has told the White House that they have “high confidence” that he is dead. A Pentagon source told Newsweek al-Baghdadi was “dead pending verification”.

Trump will make an announcement at 9am (1pm) with confirmation on what has actually occurred still pending.

Al-Baghdadi took over the leadership of ISIS in April 2013, with the group seizing large chunks of Syria and Iraq in 2014-15.

The terrorist leader was previously active in the insurgency against US troops following the 2003 invasion of Iraq.

He is understood to have been held in the Abu Ghraib and Camp Bucca detention centres before joining Al-Qaeda in Iraq.

The group later split to form ISIS during the Syrian Civil War.

ISIS made gains in Iraq and Syria leading to al-Baghdadi to declare a global caliphate in 2014 from the Grand Al-Nuri Mosque in Mosul.

An international coalition to defeat ISIS has taken back ground in Iraq and Syria, but information about al-Baghdadi’s whereabouts has been rare.

However, he decided some troops would remain in eastern Syria to guard oilfields.

There have been reports of military vehicles being seen rolling rolling through the city of Qamishli.

The counterterrorism source said: “If you are leaving you want to try to find your targets before you leave.”

CNN’s National Security Reporter Ryan Browne said: “The US military targeted the leader of ISIS, Abu Bakr al-Baghdadi, in a raid in northwest Syria on Saturday, according to a senior US defence official.

“The CIA assisted in locating the ISIS leader, the official said.”

ISIS also held territory in Libya at its peak.

There are reported to be more than 10,000 ISIS members and 100,000 family members of ISIS members across camps in formerly Kurdish controlled Syria.

Katie Bo Williams, senior national security correspondent for Defense One, has claimed her publication has learnt al-Baghdadi “is believed to have detonated his suicide vest, killing himself.”