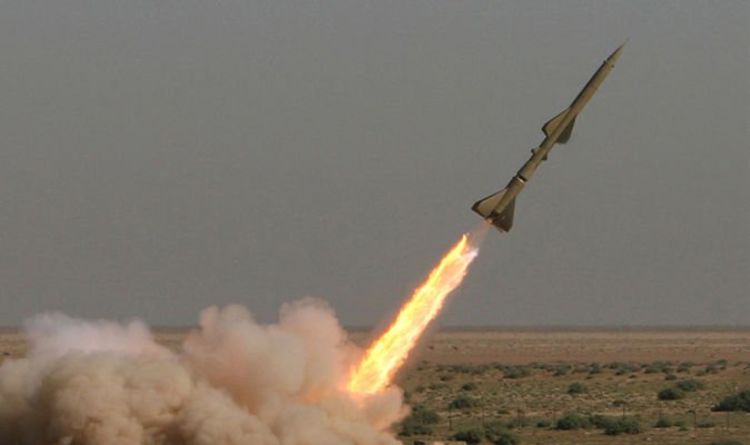 The reports said Israel was “already on high alert for possible attacks” ahead of emergency security cabinet meeting called for early next week against the backdrop of soaring tensions with Iran. Such a meeting would be the second time this month the high-level security cabinet has convened amid warnings of a growing security threat from Iran.

Mr Netanyahu and President Reuven Rivlin have also talked about crucial security needs in recent days as they called for the formation of a broad unity government after the September 17 elections.

The Israel Defense Forces said Iran appeared to have stepped up drone activities and attacks in recent months.

In August, Israeli fighter jets carried out airstrikes in Syria to thwart a planned attack on Israel by Iran-backed fighters using armed drones.

The Israeli military said its strike targeted operatives from Iran’s Islamic Revolutionary Guard Corps’ Quds Force as well as Shiite militias who had been planning on sending “kamikaze” attack drones into Israel armed with explosives.

In September, a cruise missile and drone attack on Saudi Arabian oil facilities knocked out half the kingdom’s oil production.

Yemen’s Iran-backed Houthi rebels claimed responsibility for the attacks but Britain, the US, France, Germany and Saudi Arabia said all the evidence pointed to Tehran.

Israeli defence officials who studied the weapons used in the attack on the Saudi facilities concluded that a similar assault by Iran on Israel, if it came, would likely be launched from western Iraq, where there is a strong presence of Iran-backed militias.

Iran regularly threatens Israel, viewing the country as a powerful enemy allied with the US and Sunni countries in the region against Tehran and its nuclear ambitions.

Israel has disrupted Iranian operations in neighbouring Syria where its fighters and those of Iranian proxy Hezbollah have been fighting alongside forces loyal to Syrian President Bashar Assad since 2011.

Israel has vowed to prevent Iran’s “proxy militias” from obtaining advanced weapons to use against the Jewish state and has carried out hundreds of air strikes in Syria it says were to prevent deliver of weapons and to stop Iranian military entrenchment in that country.

Earlier this month, a senior Iranian official blamed Israel, the US and Saudi Arabia for an attack on an oil tanker off the Saudi coast and said he would take the complaint to the UN.

Tehran says the Iranian-flagged Sabiti was hit by two separate explosions off the Red Sea port of Jeddah.

- Advertisement -
- Advertisement -
Facebook
Twitter
Pinterest
WhatsApp
Linkedin
ReddIt
Email
Tumblr
VK
Previous articleHuawei just revealed monumental news and it could all be down to the P30 Pro
Next articleNorovirus outbreak: Hundreds of people struck down with winter vomiting bug – the symptoms