‘It changes everything!’ Why NASA is probing ‘greatest discovery of... 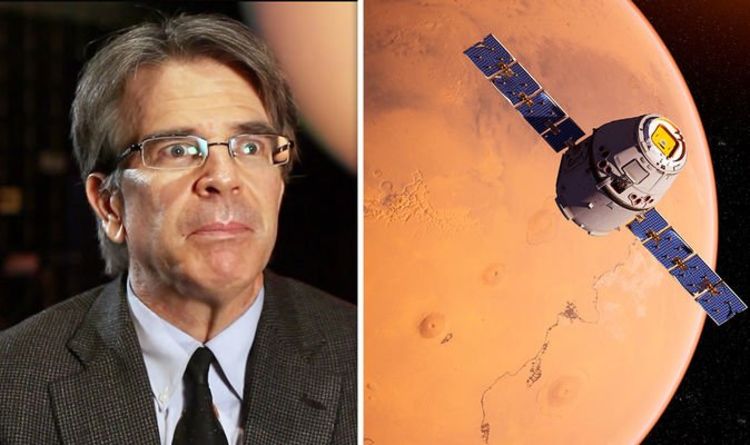 The possibility of life on Mars is a subject of significant interest to NASA due to its similarities to Earth, but to date, no proof has been found of past or present life as we know it. However, recent advances suggest the Red Planet once flowed with water, meaning Mars may have once harvested life in conditions much warmer and wetter than today.  On October 8, 2015, NASA published its strategy for human exploration and colonisation of Mars, the concept operates through three distinct phases leading up to fully sustained civilisation on the Red Planet, which they hope to implement sometime in the mid-2030s.

He said in 2018: “When Mars and Earth were formed more than four-and-a-half billion years ago, they were like brothers with any possibilities on how they would grow up to be what they are like today.

“So now we have a tale of two diversion objects and yet, still sharing some of the basic building blocks that make them so tantalising.

“But Mars is a lot smaller than the Earth and one of the things we’ve recognised across the Solar System is that size does matter.

“Planetary size has a bearing on how the atmospheres of the planets evolved.”

The narrator explained to viewers why a dwindling atmosphere may have wiped out any living organisms on the surface.

He said: “Mars is, in fact, six times smaller than Earth, its smaller core is cooler than that of our planet.

“Over time Mars cooled faster and its volcanoes finally died.

“With nothing to feed it, the atmosphere gradually dissipated into space, leaving Mars at the mercy of cosmic rays and the cold of space.

Dr Garvin explained why the future mission could be a huge step forward in understanding the history of the Solar System.

He added: “If we were to know that self-replicating molecule, that we would call ‘life’ on a terrestrial planet, existed on Mars, that would be the greatest discovery in the history of humankind.

“It would change everything.”

NASA’s Mars mission is split into three distinct phases leading up to a fully sustained civilisation.

The first stage, already under way, is the “Earth Reliant” phase, this will continue to use the International Space Station until 2024, validating deep space technologies and studying the effects of long-duration space missions on the human body.

The second stage, “Proving Ground,” ventures into cislunar space for most of its tasks, to test deep-space habitation facilities, and validate capabilities required for human exploration of Mars.

Finally, phase three, the “Earth Independent” stage includes long-term missions on the Red Planet with surface habitats that only require routine maintenance, and the harvesting of Martian resources for fuel, water, and building materials.