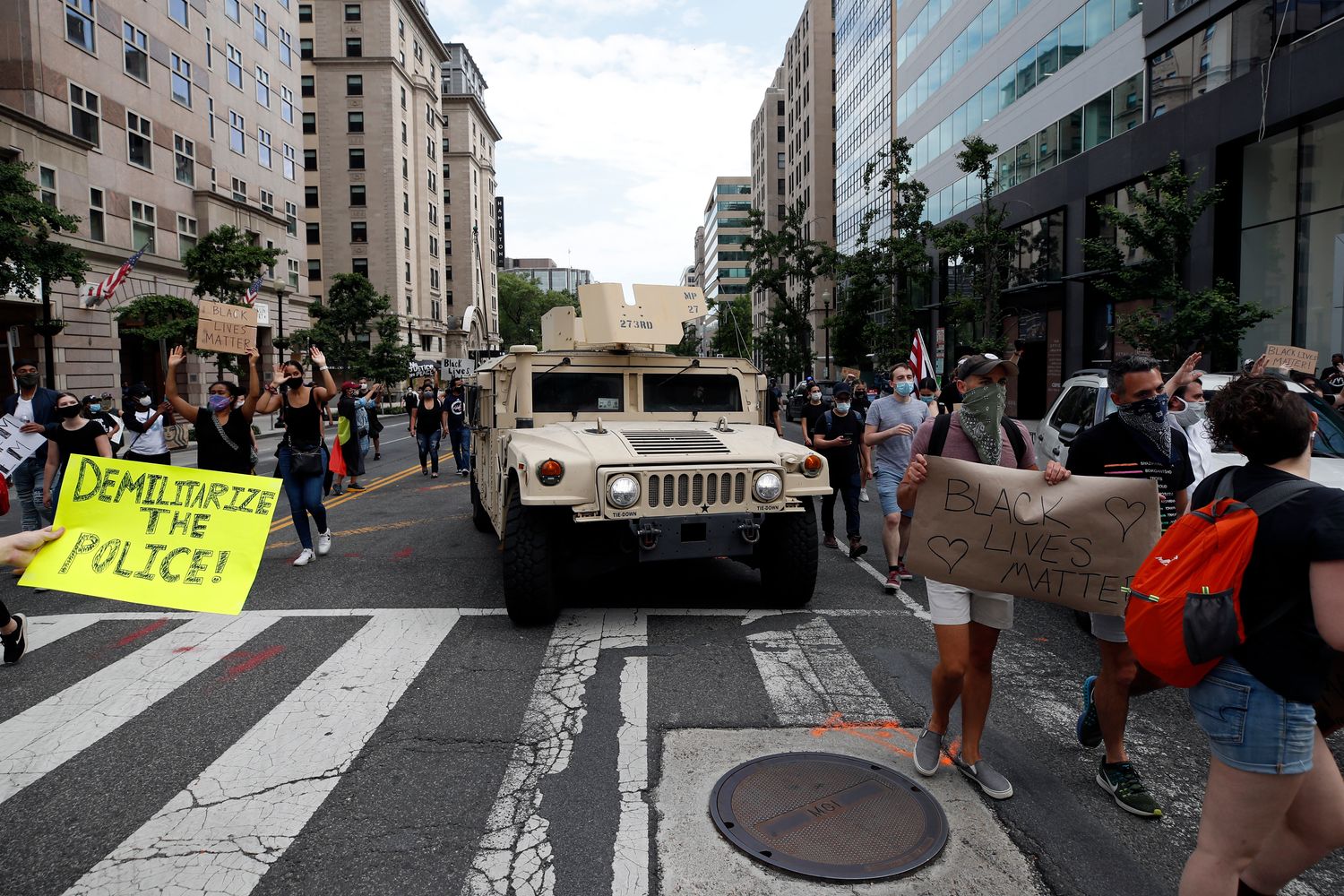 The president is trumpeting his powers as commander in chief as the nation confronts the dual crises of civil unrest over racial injustice and a public health emergency. On Monday, he said he was putting Milley, the nation’s top military officer, “in charge” of restoring order and threatened to invoke the Insurrection Act, an 1807 law that gives him the authority to deploy federal troops to respond to domestic disorder.

Esper and Milley appear to have embraced their new roles, unlike Trump’s first Defense Secretary Jim Mattis, who resigned in protest of the decision to pull troops out of Syria, and former Chairman Gen. Joseph Dunford, who mostly remained in the shadows and was rarely photographed in public.

The Pentagon was “taken aback” by the president’s comments putting Milley in charge, according to one senior defense official.

“There is growing concern that this is not good for the role of the military going forward,” the official said. “Now you’ve injected the military into a moment in a political way. It just doesn’t seem right.”

This account is based on interviews with half a dozen defense officials as well as former officials and outside experts, many of whom spoke on condition of anonymity to discuss a sensitive topic. Multiple Pentagon spokespeople declined to comment on the record.

The scene erupted Monday night after police cleared protesters from Lafayette Square so that Trump could walk from the White House to the church so he could be photographed holding a Bible. Esper and Milley walked with Trump, and Esper posed for the photo as well.

But despite their appearance beside their boss on live television moments after he threatened to send active-duty troops into the heartland to tamp down on violent protests, some defense officials attempted to distance Esper and Milley from Trump’s comments.

The two did not know that local law enforcement would clear the area of demonstrators, said a second senior defense official who spoke on condition of anonymity to discuss a sensitive topic.

Esper and Milley were actually on their way to the FBI’s Washington Field Office on Monday night when they were asked to instead head to the White House to update the president on the protest response, according to the two defense officials.

“While they were there as that meeting concluded, the president indicated an interest in viewing the troops that were outside, and the secretary and chairman went with him,” the second senior defense official said.

After the photo, Milley was later filmed walking through the streets in his combat fatigues — a move that has drawn harsh criticism.

“It serves no useful purpose, and perpetuates the message that the military is being put in charge of the overall response; that this is a military, rather than a social or political problem to solve,” said Lindsay Cohn, an associate professor at the Naval War College specializing in civil-military relations.

Another defense official defended the chairman’s choice of uniform, saying he wears his fatigues often in the Pentagon. It didn’t make sense to go back to the Pentagon to change when he was already in the city, the official said.

A fourth defense official who was not authorized to speak publicly said there has been a significant level of consternation among Pentagon officials over the past day that Milley wasn’t more attuned to how his presence could send the wrong message — and muddle the military’s hard-fought reputation as being above the political fray.

“His predecessor did a much better job of staying out of the line of fire,” said the official, referring to Dunford, who stepped down as chairman last year. “Milley went right into the line of fire.”

James Miller, a former Pentagon official and member of the Defense Science Board, resigned from the advisory group on Tuesday over Esper’s handling of the incident at the church.

“President Trump’s actions Monday night violated his oath to ‘take care that the laws be faithfully executed,’ as well as the First Amendment ‘right of the people peaceably to assemble,'” Miller wrote in a letter to Esper and then shared with The Washington Post. “You may not have been able to stop President Trump from directing this appalling use of force, but you could have chosen to oppose it. Instead, you visibly supported it.'”

Rep. Adam Smith of Washington, the Democratic chair of the Armed Services Committee, came to Milley’s defense on Monday, saying that the general was trying to do the right thing and he “was out there to try to make sure that the Guard troops acted appropriately. … I think the message that he was trying to deliver … was appropriate.”

Nevertheless, “I think he may have misread slightly the optics of the chairman of the Joint Chiefs of Staff in uniform walking around the nation’s capital. … I do not believe that it was his intent to send that message,” Smith told reporters.

But coming on top of Esper’s tough rhetoric earlier in the day and the dispersal of peaceful protesters outside the White House, Milley’s presence was damaging, he acknowledged.

“The optics of him being in uniform out there might not have been so bad if we didn’t have the president out there talking about going to war with the country and using the military and using overwhelming force and Secretary Esper talking about the need to occupy the battlespace,” Smith said. “If you take all of that rhetoric out of the equation, then … Chairman Milley walking around is perhaps a different message. But yes, in uniform out there, a little bit of a problem.”

Smith on Tuesday called on Esper and Milley to testify before the House Armed Services Committee next week.