'It's a fact!' BBC's Chris Mason scolds Labour for denying... 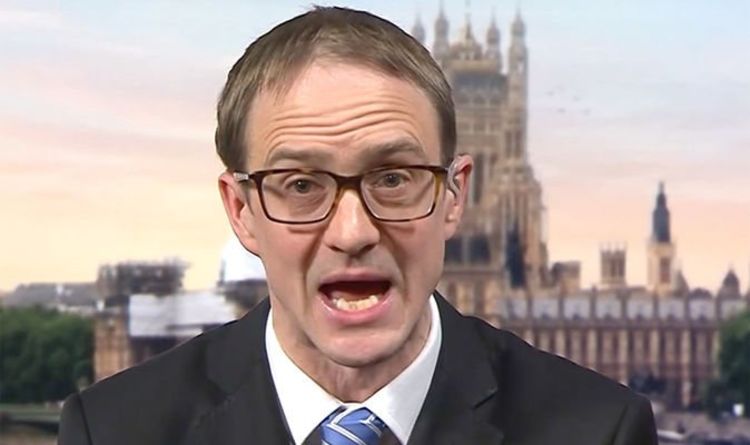 The BBC’s Chris Mason pointed out that it was simply “a fact” the coronavirus was a “Chinese virus” after a Labour official refuted this description. Lara McNeill, a Youth Representative for Labour, said it was “not the case” the pandemic was a Chinese virus, prompting Mason to intervene. He told the Labour official “factually this is a Chinese virus,” adding China “is where it came from”.

Mason rebuked: “Hang on a minute, isn’t just factually this a Chinese virus? I mean that is where it came from?”

Ms Neill, who serves on Labour’s National Executive Council, responded: “There has been a lot of Chinese and East Asian people receiving racist abuse in the UK and across the world as a result of this, so it’s an important point to make, with people suggesting certain sanctions should be put on China because of this.”

The World Health Organization (WHO) has advised against terms such as the Chinese virus or Wuhan virus that link the virus to China or the city of Wuhan, where it was first detected, in order to avoid discrimination or stigmatisation.

After first receiving criticism for his own use of the phrase, President Trump has since doubled down on it.

John Cornyn, a Republican senator from Texas, said: “China is to blame because the culture where people eat bats and snakes and dogs and things like that. That’s why China has been a source of a lot of these viruses.”

However, China experts have warned that this label will increase tensions between China and US and encourage xenophobia towards Asian-Americans.

Asian-Americans have already reported incidents of racial slurs and physical abuse over the perception that China caused the COVID-19 outbreak.

China’s foreign ministry spokesman Geng Shuang said the US should take care of their own matters, telling reporters: “Some US politicians have tried to stigmatise China which China strongly condemns.

“We urge the US to stop this despicable practice. We are very angry and strongly oppose it.”