‘It’s a sh– sandwich’: Republicans rage as Florida becomes a... 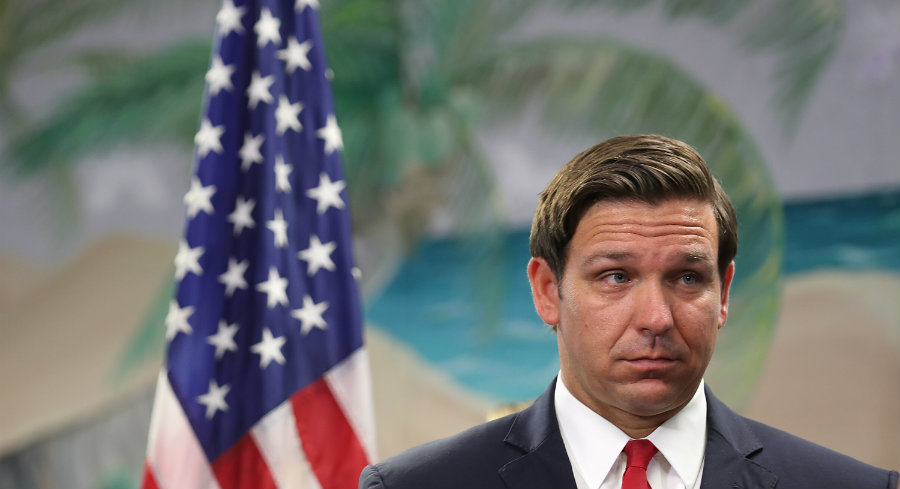 TALLAHASSEE — The staggering unemployment exploding on President Donald Trump’s watch would worry any incumbent running for reelection, but troubles in Florida are injecting an added dose of fear into a jittery GOP.

Already anxious about Trump’s chances in the nation’s biggest swing state, Republicans now are dealing with thousands of unemployed workers unable to navigate the Florida system to apply for help. And the blowback is directed straight at Trump’s top allies in the state, Gov. Ron DeSantis and Sen. Rick Scott.

Privately, Republicans admit that the $ 77.9 million system that is now failing Florida workers is doing exactly what Scott designed it to do — lower the state’s reported number of jobless claims after the great recession.

“It’s a sh– sandwich, and it was designed that way by Scott,” said one DeSantis advisor. “It wasn’t about saving money. It was about making it harder for people to get benefits or keep benefits so that the unemployment numbers were low to give the governor something to brag about.”

Republican Party of Florida chairman Joe Gruters was more succinct: “$ 77 million? Someone should go to jail over that.”

With hundreds of thousands of Floridians out of work, the state’s overwhelmed system is making it nearly impossible for many people to even get in line for benefits.

After a record number of claims were reported Thursday, DeSantis said the state would resort to paper applications, build a mobile app to handle the flood of traffic and deploy hundreds, even thousands, of state workers to provide stopgap help.

Congress last week delivered relief in the form of a $ 2 trillion stimulus package that directs cash to the unemployed. But to get that money into the pockets of Floridians, the state will have to duct-tape the rickety web-based unemployment system to deliver it.

It’s a monumental task. The system has had problems from its very start in 2013, and was one reason state senators refused in 2015 to confirm Scott’s pick to run the agency that manages unemployment benefits.

The new online system was part of a series of changes designed to limit benefits. The ultimate goal — which it delivered on — was to lower unemployment taxes paid by Florida businesses. A 2011 analysis done by the Florida Legislature estimated that the changes pushed by Scott would save businesses more than $ 2.3 billion between 2011 and 2020.

Now, as thousands of people try to get help, the system crashes or denies them access. Nearly 400,000 people have managed to file claims in the last two and half weeks. It’s not known how many have tried and failed.

Most of those who do submit applications won’t qualify for aid, and the benefits that are paid out are among the most meager in the country — a maximum of $ 275 a week.

“This is horrible for people. I don’t want to minimize that,” one DeSantis adviser told POLITICO. “But if we have to look past the crisis, it’s bad for the president and it’s bad for the governor.”

“Everyone we talk to in that office when we ask them what happened tells us, ‘the system was designed to fail,’” the adviser said. “That’s not a problem when unemployment is 2.8 percent, but it’s a problem now. And no system we have can handle 25,000 people a day.”

State auditors have routinely chronicled shortcomings with the CONNECT system, most recently in a report issued in March 2019, two months after DeSantis took office.

Scott spokesperson Chris Hartline did not directly address complaints about the CONNECT system. But he said Scott acted to ensure the state helped only those “who truly needed the assistance.”

“His goal was to make sure every Floridian who wanted a job could get one, and turned the program into a re-employment system so people could find employment,” Hartline said in an email. “As governor, he made investments to ensure the system worked and Florida’s unemployment insurance program is funded at record levels thanks to reforms under Governor Scott, meaning more Florida families can receive the help they need.”

Rep. Charlie Crist, a Democrat who as a Republican governor led Florida through the last downturn, said the state’s current economic catastrophe could doom Trump in the state the president needs if he wants to win reelection.

“If unemployment continues to go up, and if so many people stay unemployed, it’s a nightmare for the president in this state,” Crist said. “I should know. When I was governor and I was running for the Senate in the Great Recession — and there was nothing great about it — it was a nightmare.”

“We’ve got unemployed, pissed-off people. They can’t get benefits. And when they get them, it’s not going to be enough,” he said. “They’re there for the taking by the Democrats. We killed Charlie with the bad economy in 2010. Democrats are gonna repay the favor.”

Gruters downplayed the idea that a “flawed system that predates the DeSantis administration” would hurt the president or DeSantis. The governor and his team are “working around the clock to address its shortcomings,” he said.

“Rick Scott is the most culpable human being when we look at who’s responsible for the failed system,” Rodriguez said. “But I don’t know of any Republican who resisted these efforts to make Florida the most Scrooge-like state in the nation.”