It’s all coming up roses 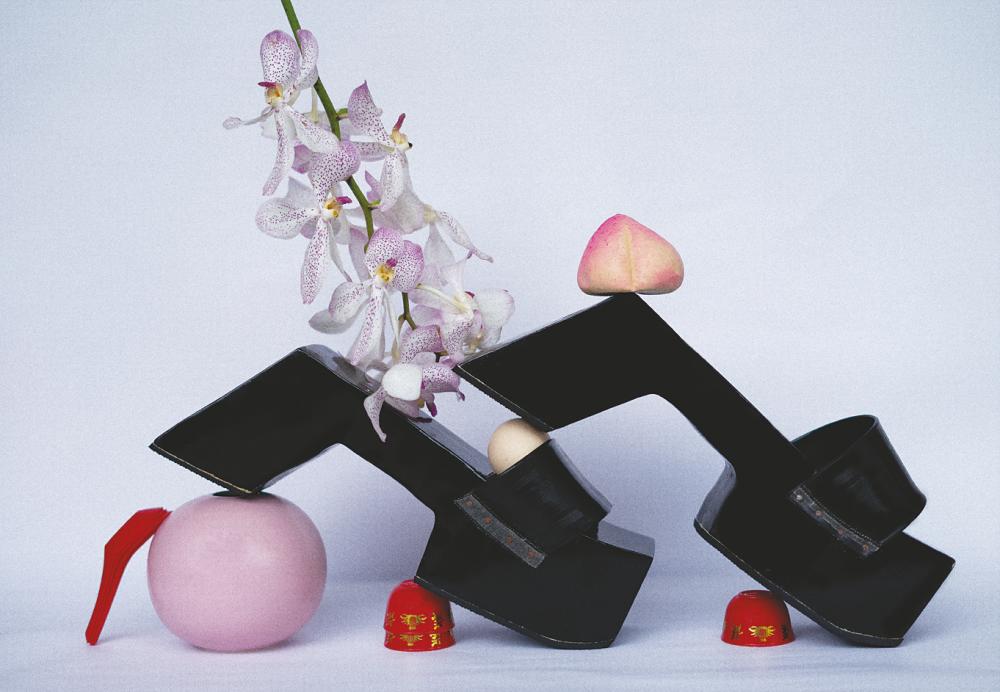 Multidisciplinary artist Ang Xia Yi’s works combine her interest in fashion journalism and graphic design with a fixation for flowers.

While the still-life compositions she depicts are mostly inanimate objects, either natural or made-made, she manages to capture their multitude of elements, utilising symbolism and representation to ideally portray a slice of life.

The 24-year-old artist’s first photography series, Family Portrait, captures the queer and provocative aesthetics of the average flower, plant and fruit. And in them, she finds uncanny similarities between each living object mirroring the stereotypical personality of different individuals within a household.

Her most recent work, An Offering To, explores the traditions and customs in Chinese religion, or more specifically the act of worshipping ancestors. She reimagines celebratory rituals through symbolic objects such as offerings to the deceased on the altar table.

What inspired you to pursue photography?

“When I was writing, I wanted to complement my work with visuals, and I think visuals are very important.

“There have been times when it was rather challenging to look for certain visuals online, and I just couldn’t find any to fit what I was looking for. I figured, since I had a bunch of cameras lying around at home, why not create the visuals from scratch myself?

“Most of the cameras that I own were given by my grandpa. However, the creative part was totally foreign to me, as I grew up in a family that does finance and owns businesses, but perhaps [I was] influenced by my grandpa taking polaroids of me when I was younger, and by my mum’s work as a fashion merchandiser.

“Being surrounded by pop culture through MTV or E! News in the 2000s definitely influenced me as well.”

Your art often consists of flowers, plants and fruits as the inspiration.

“The idea resonates deeply with family values. It’s the reminiscing about Chinese festivities, particularly during Chinese New Year. My family would drive to Chinatown to buy flowers, fruits and other miscellaneous items, and that really made an impression on me.

“That has always been quite an instinctive, natural tendency of mine, and I can’t really explain why I do it.”

How does fashion play a role in your work?

“Through colours. I myself like monochromatic things, but at the same time, colours, textures and forms are all integrated, and they all need to complement each other. Still life photography, just like fashion editorials, shares the same qualities.

“Fashion photographers like Nick Knight and Irving Penn are renowned for their fashion editorials but they also do still life photography, and to capture and portray the significant parts, or the different forms, of still life has really attracted me.”

Do you still feel differently when you write?

“The thing is that I really do enjoy writing. But I did struggle with writing back in university, if that makes sense. Probably because when I think of something, I immediately think of visuals first instead of words, or [the] words would come much later on. Even right now, writing is just something complementary to visuals.”

Is the struggle with writing a sign of creative burnout?

“When I look at fashion now in comparison to two years ago, I don’t think I would want to go back to writing about it anymore; to be frank, it’s a very stressful and intense situation. The idea of putting out content under pressure and as if you’re a machine doesn’t make sense to me.