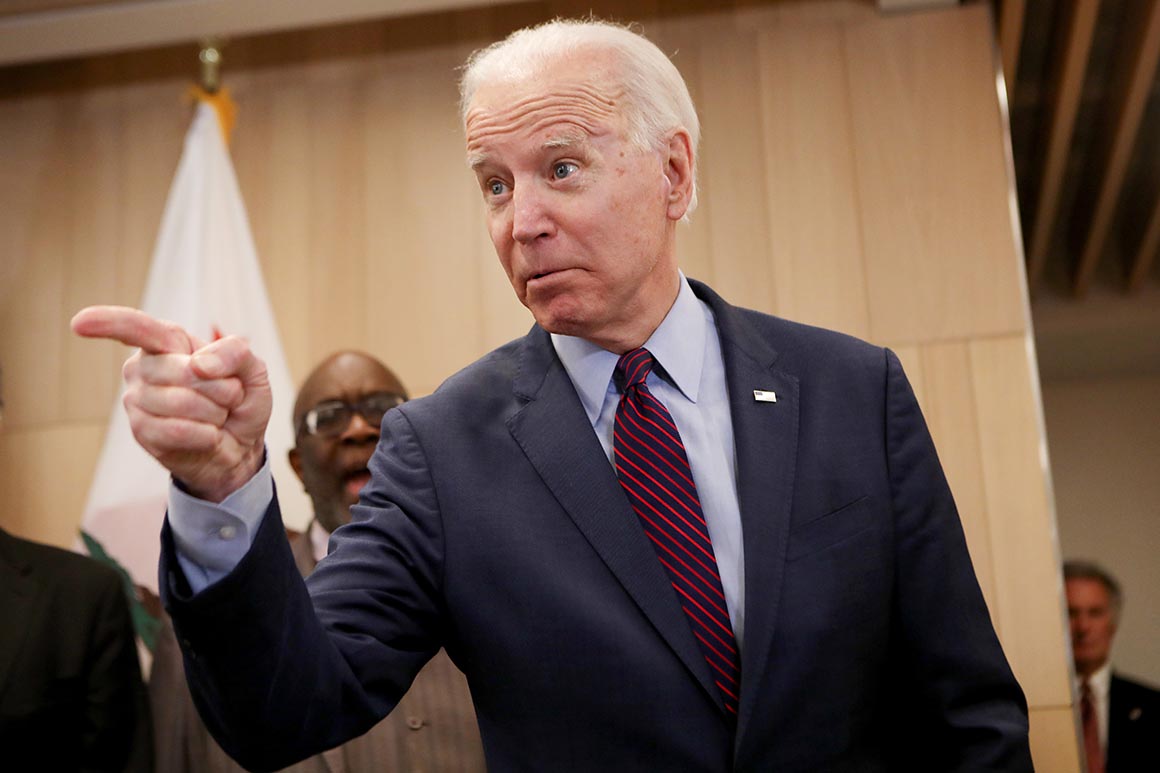 TV advertising in the biggest campaigns of 2020 has turned sharply to address the only thing on voters’ minds.

While coronavirus has halted most conventional politicking, GOP Sen. Susan Collins and her likely Democratic opponent in Maine, state House Speaker Sara Gideon, are both focusing on coronavirus response in their TV ads. Local issue campaigns are calling for increased education spending and funding for municipal programs amid the pandemic, while House contenders are touting their medical backgrounds or heaping blame on China for allowing the virus to spread.

And at the presidential level, super PACs backing Joe Biden are slamming President Donald Trump with searing spots playing back Trump’s early comments downplaying coronavirus and calling for his ouster in November.

“Donald Trump didn’t create the coronavirus, but he is the one who called it a ‘hoax,’ who eliminated the pandemic response team and who let the virus spread unchecked across America,” says one ad from the pro-Biden super PAC Unite the Country. “Crisis comes to every president. This one failed.”

Taken together, the coronavirus spots don’t add up to a massive, Bloombergian advertising barrage: Both Democratic presidential contenders have gone dark on the air, as have many other candidates, as campaigns husband resources and try to figure out how the economic hit from coronavirus will affect their fundraising. But the virus has become the center of ad campaigns in a number of hot Senate races and elections further down the ballot, previewing the rest of the 2020 election.

“Voters are thinking about this exclusively or nearly exclusively,” said Eric Jaye, a California-based political media consultant. “So if you’re not providing information about how to address Covid-19, your advertisements are probably not being heard.”

The shift in tone comes amid a dramatic slowdown in political ad spending — along with more or less every other type of political activity — starting around the time Trump declared the Covid-19 outbreak a national emergency on March 13. Political ad spending dropped by 50 percent the next week, according to data from Advertising Analytics, an ad-tracking firm.

What remains on the air has adapted to the new reality of American life. High-spending issue groups on the left are slamming Trump for missing the mark on his virus response. Priorities USA has budgeted more than $ 6 million to run anti-Trump TV and digital ads related to the virus in battleground states. Unite the Country is touting Biden as a steady-handed leader necessary in a time of crisis.

Tim Murtaugh, a spokesman for the Trump campaign, criticized the outside groups for airing negative ads on the pandemic. “Americans can see that President Trump is out front and leading this nation and is the clear choice to see us through the crisis," he said in a statement.

“It used to be that Americans faced national adversity with unity, but Joe Biden and his allies have abandoned that principle in favor of rank, despicable politics,” Murtaugh said. “They offer nothing but partisan sniping from the sidelines and seek to undermine the federal response to the crisis by misinforming and frightening people.”

But Ian Russell, a Democratic operative, said he was glad to see his party challenging the president’s response on the airwaves.

“Democrats have historically been the party that unilaterally disarms out of fear of politicizing anything," Russell said. "I’m glad our side is letting Americans know the failures this administration has had in preparing us for this."

In the battle for the Senate, at least three Republican incumbents — Collins, Senate Majority Leader Mitch McConnell and Montana Sen. Steve Daines — are running TV ads on the chamber’s $ 2 trillion legislative response to the coronavirus outbreak. Collins ran PSA-style ads thanking first responders, and a campaign spokesperson said she is likely to run a future ad focused on provisions for workers and small businesses in the Senate’s bill.

Gideon, the Maine Democrat, and Amy McGrath, who is challenging McConnell, have also shifted their TV ads to coronavirus response messages. Gideon and an allied group, the nonprofit Majority Forward, have touted her state legislative response. McGrath, in an ad filmed in her home with her family in the background, pointed to a sign-up on her campaign website highlighting charitable donations. McGrath’s campaign also released a new attack ad Friday in which a narrator accuses McConnell of “taking a victory lap” on the response to the coronavirus.

In West Virginia, Democratic and Republican candidates for governor alike are running ads about the impact of the virus. In one, filmed from a doctor’s office, Democrat (and primary care physician) Ron Stollings asks viewers to “assume everyone has the coronavirus” to compel them to wash their hands regularly and practice social distancing.

In a show of allegiance to Trump, Texas congressional candidate Kathaleen Wall released an ad on Wednesday that blames the spread of Covid-19 on China’s government and bolsters the president’s reference to it as "the Chinese virus." She highlights points of her platform in the ad that run in tandem with Trump’s: ending trade with China and manufacturing goods in the United States.

But most of these campaigns were already airing TV ads before coronavirus collided with the campaign, and other campaigns have held off on launching TV ads, for now.

Steven Law, president of Senate Leadership Fund, the top Republican super PAC focused on Senate races, said that with voters hyper-focused on coronavirus news updates, it’s challenging for any political message to have an impact. SLF and its sister nonprofit, One Nation, which has spent huge sums in a handful of races so far, are not currently airing ads in any states after several recent ad campaigns ended.

"I just think it’s hard to cut through the clutter,” Law said in an interview. “People may see your ad, but they’re really going to focus on what they see on the news and what they are able to see as actual activity that impacts their lives."

On the campaign side, strategists noted that most candidates have limited media budgets, and fundraising could prove challenging with in-person events on hiatus. That means dropping big money for TV buys that might not break through the noise would be wasteful.

“It’s taken over everything and yet campaigns and candidates are still carefully thinking through how to talk about it, and whether it needs to be talked about directly,” said Russell, who works with a number of down-ballot candidates. “You don’t want to put a message out there that you aren’t sure is going to land right.”

There are also practical challenges to airing ads right now. New media shoots can’t be scheduled because of travel limitations, and social distancing means candidates can’t be filmed in gatherings with voters or constituents. Even b-roll footage of those interactions that was already filmed could look awkward at a time when no one is conducting in-person campaign events.

Collins’ recent ad was shot with a two-person crew in an empty studio, according to her spokesman. McGrath’s ad was shot by a single staffer in her home, with her family in the background, her campaign said. New shots of interactions with voters are off the table — and old b-roll of those interactions may appear at odds with current distancing guidelines.

Some outside groups aren’t holding off on new advertising, though. Senate Majority PAC, a top outside group focused on Democrats’ efforts to retake the upper chamber, launched a new seven-figure ad buy this week attacking Michigan Republican John James over health care.