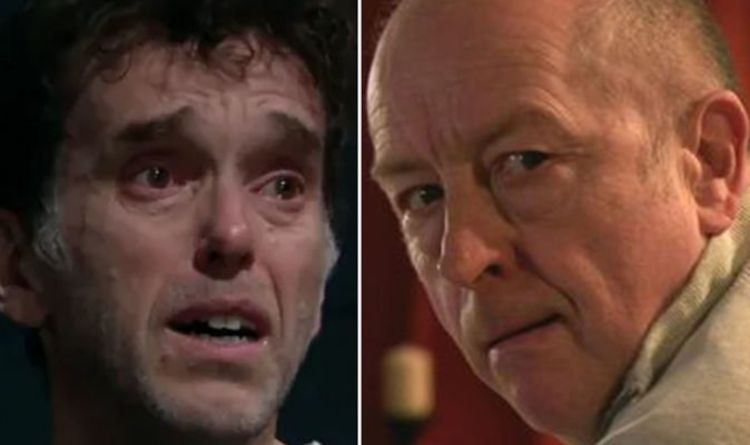 ITV bosses have announced today that Emmerdale and Coronation Street will stop all filming as of March 23 in a bid to stay in line with new government guidelines to stop the spread of coronavirus. Neither of the ITV shows will return until at least the summer in the hopes of keeping all the cast and crew safe.

ITV bosses released a statement today revealing that Emmerdale and Coronation Street production had been halted until the Summer.

In a statement, an ITV spokesperson said: “ITV has sadly taken the decision to suspend production of the soaps Coronation Street and Emmerdale with effect from Monday 23 March.

“We’ve been doing our best to carry on filming, whilst adhering to the Government’s latest health guidelines, to ensure we’ve episodes of both soaps airing on ITV until at least the early summer.

“However, the health and well-being of the production teams, actors, crew and their families is of paramount importance to us and we now feel that the time has come to stop filming.

“We’d like to thank our viewers for their support and hope they continue to enjoy both soaps in the coming months.”

These aren’t the only soaps to be postponed for the time being as it was also announced this week that EastEnders had been pulled off the air by BBC bosses for the same reasons.

EastEnders official Twitter page said: “In light of the spread of Covid-19, filming on #EastEnders will be postponed until further notice…

“We have also taken the decision to reduce the amount of episodes we broadcast each week to two.”

Prime Minister Boris Johnson announced that all UK schools, pubs and restaurants would close on Friday.

Before filming ends, Coronation Street fans might finally find out what will happen between Yasmeen Nazir (played by Shelley King) and her abusive husband Geoff Metcalfe (Ian Bartholemew).

A source told Sun Online, that even though Yasmeen may get away from Geoff for good, she could soon have blood on her hands.

A source has revealed that Yasmeen could murder Geoff after months of emotional and physical abuse.

But, will there be enough evidence to prove that she killed him in self-defence?