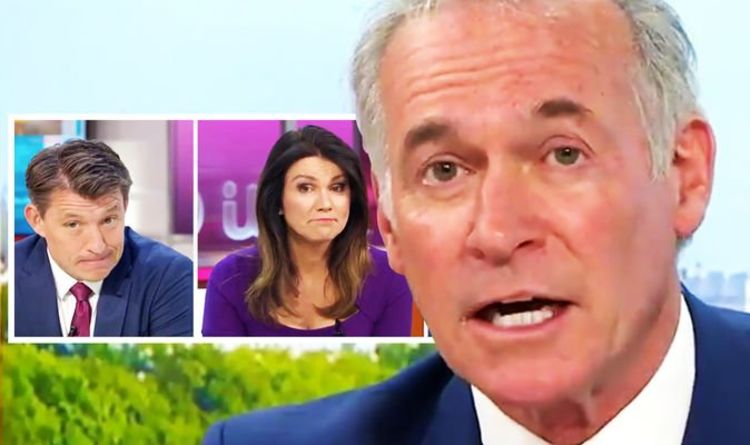 The viewer wrote on Twitter: “Should you be able to see your lover? I’ve done it from the start. It’s safe to go out. It’s just the flu.” The comment on coronavirus was immediately dismantled by ITV Good Morning Britain’s Dr Hilary Jones who blasted: “There you go, ‘just’. It’s not just the flu. It’s more transmissible, it’s more deadly, it kills more people.

“There are so many reasons why it’s not just seasonal flu. This is a deadly pandemic virus which is going to be around for some time, damaging the economy, killing people.

“We must remain vigilant and take it seriously.

“Just because we’re talking about the easing of the lockdown, I think there is a bit of complacency creeping in, there are a few more cars on the road.

“People are saying I think it’s all over, we can see an end in sight.

“But it’s going to take a bit longer and to protect ourselves we have to be careful.”

It comes as a scientist whose research aided Boris Johnson’s decision to impose a lockdown has resigned from the Scientific Advisory Group for Emergencies (Sage) after admitting an “error of judgment”.

Professor Neil Ferguson said on Tuesday that he regretted “undermining” the continued need for social distancing to tackle coronavirus after it was claimed he broke the rules.

The Telegraph reported that he allowed a woman, said to be his “lover”, to visit him at home in London on at least two occasions during the lockdown, on March 30 and April 8.

Prof Ferguson’s research with Imperial College London colleagues warned that 250,000 people could die in the UK without drastic action before the Prime Minister imposed the restrictions.

“I accept I made an error of judgment and took the wrong course of action. I have therefore stepped back from my involvement in Sage,” Prof Ferguson said.

“I acted in the belief that I was immune, having tested positive for coronavirus, and completely isolated myself for almost two weeks after developing symptoms.