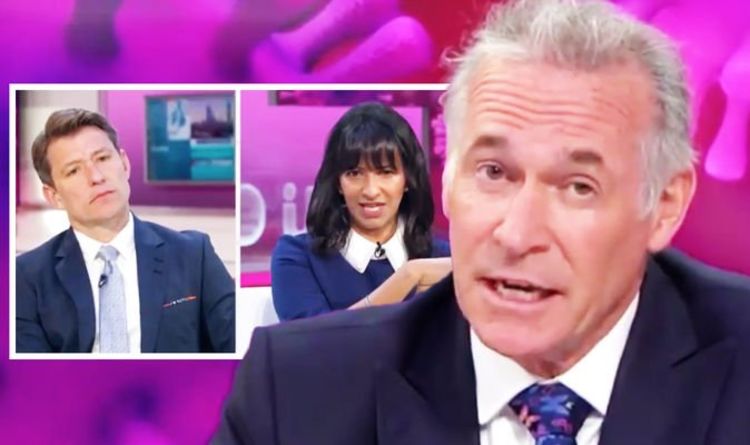 Taking questions on ITV Good Morning Britain, Dr Hilary Jones offered the nation advice on how to sleep to ease the pain and difficulties of coronavirus symptoms. Asked if sleeping on your front helps to release pressure on the lungs, he said: “Yes, if your lungs are congested that’s certainly true.

“And good old fashioned respiratory physiotherapists used to have you lying on your front, head down over the edge of the bed and postural draining.

“You’ve got to look at the individual. If someone has had a stroke, it may be that it would be difficult for them to lie down face down and in that position for very long, to turn their head even as they might have a stiff neck in which case turning their head to the side would be very difficult and may be inhibiting breathing.

“So it depends on the individual. But basically whichever position is most comfortable is the answer.

“It could be sitting up sliding slightly forward. It could be lying on the front as long as there is support for the neck and the breathing is easier that way. So I think it’s difficult to generalise.”

Asked whether the general rule would be not to lie flat on your back as that is the “worst place to be”, he said: “Yes, that’s right.

“I think if you lie completely flat then breathing may be handicapped to some extent.

“So sitting up usually is the most comfortable providing there’s good respiratory excursion so that chest movement is free.”

The advice comes as the Department of Health said the COVID-19 death toll in hospitals in the UK had reached 13,729 as of 5pm on Wednesday, up 861 on the figure the day before.