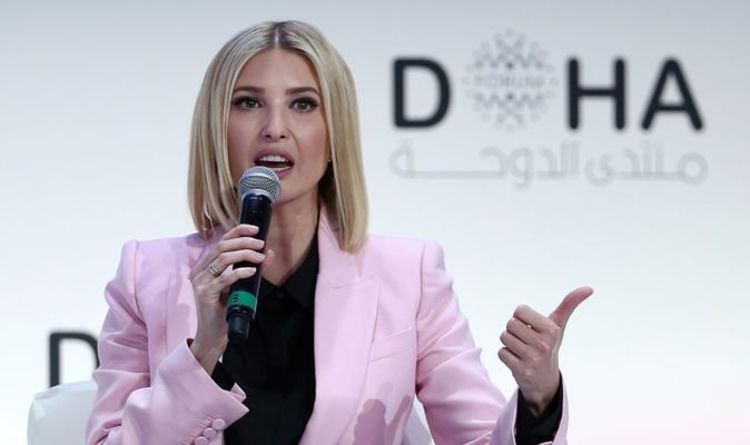 The First Daughter, who acts as a senior adviser to her father Donald Trump, tweeted to congratulate the President over his Tax Cuts and Jos Act. Tweeting to her followers, Ivanka wrote of her joy that 39.4 million people would benefit from the tax credit. She said: Today marks 2 years since @POTUS signed the Tax Cuts and Jobs Act. Our pro-family, anti-poverty reforms are lifting all Americans!

“Thanks to President @realdonaldtrump 39.4 MILLION families will benefit from the Child Tax Credit in 2019 receiving an average of over $ 2,200!’

The act was signed two years ago but despite her praise for the bill, many soon criticised the First Daughter.

Commenting on their own experience of the act, some pointed out how it had not helped them at all.

One person said: “I live in Wisconsin, a high tax state.

“Dropping the SALT taxes made my taxes go up by 3 points.

“Not good for all of us. Increased debt and deficit. “

Another said: “This administration has squandered our fiscal and monetary firepower, leaving us ill-prepared for the next recession and debt at an all-time high.

“Our slapdash trade war with China is an unmitigated disaster, resulting in an increase in the trade deficit and farmers on welfare.”

JUST IN: Ivanka Trump: How Ivanka is ‘in charge in marriage to Jared Kushner’

Away from the controversy over her father’s tax bill the First Daughter was criticised by Robert De Niro.

Recently De Niro once again took issue with the family as he attacked their behaviour.

Speaking on ABC’s ‘The View’, De Niro said he “disown” any of his own children if they behaved like any of the Trumps.

While also insisting he would disown his children he was also defiant that his “kids are not like that”.

He added: “I don’t want my kids to take this the wrong way, but if my kids did what these kids did, I wouldn’t want to be related to them.

“I would disown them.

“I’d have a serious talk with them.

“First of all, it’s an impossibility, my kids are not like that of course.”