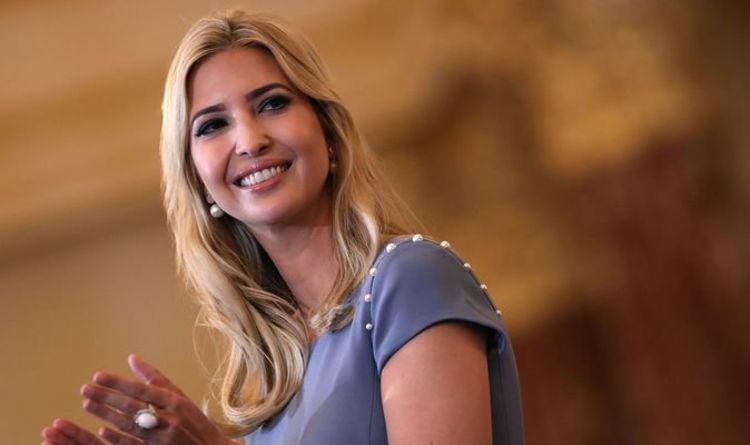 Hundreds of people took to social media to voice their views after the First Daughter made numerous claims about how well employment was going in the southern state. On Twitter she wrote: “The Texas Success Story… “Since the election of Trump…

“Monthly initial claims for unemployment insurance is up by 21.7%

“Together we will keep on winning!”

Despite the “success” since her father Donald Trump was elected US President in 2016, many viewed her statistics as somewhat misleading.

Some also cited the amount of profit the Trump family had made since taking office in Washington.

“Pretty good salary for working at the White House.”

“State and local incentives, low taxes and regulation (which has been the case in TX forever), and demographic growth fuel economic growth.

“The Trumps can’t achieve anything on their own, so they have to steal credit from others.”

It comes as Ivanka made a huge blunder on Instagram after she attempted to congratulate the winner of the Nobel Peace Prize.

Abiy Ahmed, the Prime Minister of Ethiopia, will collect the award at a ceremony in December.

However, Ivanka was left red-faced following a post she made to the winner.

She said: “Congratulations Prime Minister Abiy Ahmed on being awarded the Noble Peace Prize for your work on peace and reconciliation with your neighbour Eritrea!”

The senior adviser to Trump failed to notice she spelt “Nobel” wrong.

The annual awards are named after its founder Alfred Nobel, who was a Swedish businessman, chemist, engineer, inventor and philanthropist.

One said: “She congratulated Minister Ahmed on the “NOBLE” peace prize. Are all Trumps just plain stupid?”

A massive wall of dust from a giant sand storm has been filmed swallowing entire towns across northern India. In the latest sand storm...
Read more
World

China has sentenced another Canadian citizen to death on drugs charges — the second in two days. It's being perceived as yet another escalation in...
Read more
World

The UN Decolonization Committee, or C24, unanimously approved a resolution yesterday calling on the UK and Argentina to resume negotiations. The committee said that it...
Read more
World

The 34-year-old man, whom police said was armed with a handgun, is believed to have Islamist ties and to be on a security agency...
Read more
World

Hamill, who died Aug. 5, was a columnist and editor at the New York Post and the New York Daily News, covering wars, crime...
Read more
World

The leader of one of Mexico's most violent cartels has threatened another gang and offers more money to corrupt police officers in a twisted...
Read more

Up to half the calcium in the Universe – and that includes our bones and teeth – is thought to come from exploding supernova...
Read more